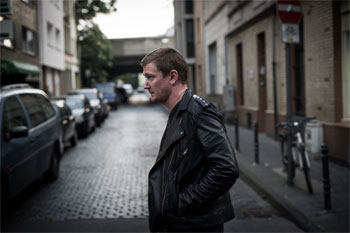 Yarra City Council is excited to reveal the first round program of the Sounds Of Winter Program for the 2017 Leaps and Bounds Music Festival, with all tickets on sale now via leapsandboundsmusicfestival.com.

Running across 10 days from the 13 – 23 of July, the fifth Leaps and Bounds Festival will launch at The Corner Hotel on Thursday the 13th of July featuring live sets from Augie March, Jess Ribeiro, and The Pink Tiles, plus a very special guest to perform Paul Kelly's -Leaps and Bounds' on the night.

As for the rest of the program, The Yarra City Mayor, Amanda Stone, had this to say: 'We are thrilled to be presenting the Leaps and Bounds Festival for its fifth year. The City of Yarra is the beating heart of Melbourne's live music scene, with so many venues hosting gigs every night of the week. Leaps and Bounds is one way that Council supports our local live music industry, showcasing our venues and artists and highlighting the wonderful contribution they make to the cultural and economic life of our city. We are excited that the 2017 program includes over 40 local venues, and features artists from a huge range of genres and styles. There is something for everyone, and I encourage all music-lovers to check the program and get along to a gig or two."

Without further ado, Leaps and Bounds Music Festival would like to share their first round of music programming for the 2017…

A Moment In Time: The North Fitzroy Beat (Little Bands) Scene:
Featuring Primitive Calculators, Use No Hooks, Hot To Rot
Saturday 15 July – The Tote
In the late 70s, Melbourne's post punk scene was defined by distinct locations, and ideologies -- the North Fitzroy Beat; St Kilda's Crystal Ballroom; and the Clifton Hill Community Music Centre. Led by Melbourne's most infamous band the Primitive Calculators, the North Fitzroy Beat gave rise to the anarchic Little Bands movement. The idea was that the band would play no more than two gigs and for no more 15 minutes and share each other's equipment. For one night only The Primitive Calculators themselves team up with Use No Hooks who will play only their second show in 30 years. Opening the night will be 'Hot to Rot", a Little Band that has been put together by the festival featuring members of Melbourne's more recent additions, Mangelwurzel and The Infants with an introduction given by archivist Alan Bamford.

Blake Scott – The Peep Tempel
LongPlay – Thursday 20 and Friday 21 July
Known for their distinctive music and explosive live performances, The Peep Tempel have forged a reputation " in recent times " as one of Australia's most exciting bands. Their second album Tales and recent release -Joy', earned them widespread critical acclaim and both were shortlisted for the 2014 and 2016 Australian Music Prize respectively. Renowned for the stories and characters brought to life in his songs, front man Blake Scott will be paring back the noise and chaos of The Peep Tempel, to explore a more traditional approach to storytelling during his two solo performances.

Blues n' Bounds
The Evelyn Hotel, Catfish, Rainbow Hotel, Rooks Return, Labor In Vain, Old Bar and Checkerboard Lounge – Friday 14 – Sunday 23 July
Blues n' Bounds is a series of your favourite blues based artists as a part of the Leaps and Bounds Music Festival in 2017.  Highlighting the best local talent, there's a great show every night of the festival for blues fans to enjoy in the City Of Yarra. It all kicks off with a massive double header - Chris Russell's Chicken Walk & Spoonful at The Evelyn Hotel. From opposite ends of the blues spectrum, these two acts have become iconic in Melbourne for playing authentic blues with an eclectic twist.  The series also features New Savages, Wayne Jury Jess Parker & The Troubled Waters, Zevon and the Werewolves of Melbourne.

Ed Kuepper By Request and Ed Kuepper - In Conversation "(I'M) STRANDED",
40 YEARS ON
Melba Spiegeltent – Saturday 22 July
To celebrate 40 years since the release of The Saints' debut seminal album, '(I'm) Stranded", guitarist Ed Kuepper gives an exclusive 'In Conversation" about the album's release, recording and how the political climate in Brisbane influenced one of the most important albums of all time, followed by a performance. The ARIA award-winning solo artist and founding member of legendary 70s proto-punk outfit The Saints and post-punk originals Laughing Clowns, will be bringing his one man request fest to The Melba Spiegeltent for this year's Leaps & Bounds Music Festival in an effort to quench the insatiable demand. Initially performed in 2014, the By Request shows have proved hugely popular, with Kuepper gladly accepting the invitation to tackle material from the aforementioned acts alongside various covers versions and material from Ed's 40 albums strong solo career.

friendships Vs HABITS
The Night Cat – Friday 14 July
Two of Melbourne's currently most revered electro duos team up for a double header of lights and visuals. friendships featuring Nic Brown and Misha Grace have an air of invincibility about them. Immortality even. An audio/visual 2 piece from Melbourne who play chaotic future sounds, storming drum'n'bass, post-Warp slammers and searing, ear-shearing techno. HABITS throbbing live shows have drawn eager and growing crowds, having built a reputation for their pulsing energy and emotional catharsis. Yet mystifyingly, they remain one of Melbourne's best-kept secrets, but they won't remain a secret much longer. Exciting on their own but together on the same bill – potent.

GL + Special Guests
The Corner Hotel – Saturday 15 July
Layering sultry disco vocals over intricately textured production, Ella Thompson & Graeme Pogson, aka GL, have cultivated their own evocative sound that is constantly reaching for the cosmos. The Melbourne duo's distinctive concoction of gyrating analogue pop harnesses 80's synths and style, transporting it harmoniously into the modern era. Tunes such as -Take Me Back', -What Happened to Us?' and -Number One' are as comfortable spinning alongside boogie classics as they are on the modern airwaves. Get ready for a night with GL and special guests as part of Leaps and Bounds Music Festival.

Ollie Olsen's Class Of 2018: Featuring: Vacuum, Kollaps & Simon Karis & Ollie Olsen
The Tote Upstairs – Friday 14 July
For Ollie Olen's 'Class of 2018", Ollie has assembled 3 formidable acts to perform a night of electronic and experimental drones. Headlining is Vacuum, a side project for Jenny Branagan from Nun. About Ollie Olsen: Ollie has been at the forefront of the Australian cultural underground since the 1970s. He studied composition with legendary composer Felix Werder, after which he formed the Reals, then the Young Charlatans with Rowland S. Howard. Olsen played a significant role in the formation and fostering of outsider fringe music, including various manifestations of punk, post-punk, pop, trance, and experimental music. His other projects include Whirlywirld, NO, Max Q (with Michael Hutchence), Orchestra of Skin and Bone, Shaolin Wooden Men, and collaborations with Damo Suzuki, Boredoms and many others. Ollie was the musical director for cult classic films Dogs in Space, Head On and The Loved Ones. He's released techno and dance music on the Psy-Harmonics, and now plays in Taipan Tiger Girls.

Paint To Improv: Featuring Taipan Tiger Girls, Zond & No Sister
The Evelyn Hotel – Friday 21 July
For the first time, ever Leaps & Bounds will bring together 3 of Melbourne's most exciting and experimental bands who will perform their sets with painters joining them on stage to create live pieces inspired by the music they and the audience are listening to.  Taipan Tiger Girls is composer, producer, and all-around electric statesman Ollie Olsen along with Mat Watson Lisa MacKinney and together they make long and beautiful walls of noise, intricate and psychedelic; delicate and tough. Zond and No Sister will join them for a night of music and art.

Persecution Blues: (including a 2008 live set from Eddy Current Suppression Ring)
The Tote - Monday 17 July
Leaps & Bounds will present for the first time ever, the film about the Tote, screened at the Tote with never before seen 2008 live set at the Tote by Eddy Current Suppression Ring. Punk, passion, politics and public protest collide, in this documentary depicting the fight to save rock and roll in Melbourne. In 2010, the iconic Tote Hotel - last bastion of Melbourne's vibrant music counterculture - was forced to close by unfair laws. Filmed over 7 years, 'Persecution Blues" depicts the struggle of more than 20,000 fans - and the bands that inspire them - to preserve their history and protect their future, and puts the audience on the front line of an epic-scale culture war.

The Letter String Quartet
Melba Spielgeltent - Friday 21 July
Lizzy Welsh, Rachel Kim (filling in for Steph O'Hara), Zoë Barry & Biddy Connor bring together four eclectic musicians with a combined desire to present fresh chamber music and collaborative work. The TLSQ have worked with the likes of Mick Harvey, Andrea Keller, Bree van Reyk, Laura Jean and Yana Alana, as well alongside John Cale at the inaugural Supersense festival, Daniel Jenatsch's video opera A-97 at Next Wave, and The 2016 Metropolis New Music Festival. For Leaps & Bounds, The Letter String Quartet performs The Oculus Sonic Suite, written by Biddy Connor and Lyricist Maria Zajkowski specifically for the transporting vocals of Marita Dyson of The Orbweavers. Each song in the Oculus Sonic Suite speaks from a different perspective of the many people who have passed through the Abbotsford Convent over the years.

Professional Development Program
The Rainbow Hotel & Melba Speigeltent – Monday 17 – Sunday 23 July
The City of Yarra and Leaps and Bounds recognises that the venues, artists and operators in the area are essential to the healthy music industry both within the municipality, and as such have consistently included a series of professional development events as part of the festival program.  This year a series of free workshops will run in the afternoons and evenings in conjunction with Music Victoria, MBAS and other partners which include: Meet The Blues Radio Presenters & BluesQuiz , Live Music Venue Owners Day, Band Bookers Day, Musicians Market and Musicians Market Afterparty Featuring The Band Who Knew Too Much.

Yarra's Women Of Country
The Standard Hotel – Sunday 16 and Sunday 23 July
Yarra's Women of Country brings together 6 of Australia's rising female country artists on Sundays during the festival at The Standard Hotel in Fitzroy.
Sunday 16 July, Freya Josephine Hollick, takes to the stage with her the old world country songbird from the Victorian goldfields. She sings of lowdown and dirties, of high times and golden mansions and the bursting and the burning of the heart, a lady not to be missed. Supports: Jemma Nicole in trio mode + former Clifton hillbilly Jemma Rowlands. *Free Events
Sunday 23 July award winning indie singer/songwriter and Female Artist Of The Year nominee in the 2013 Q Music Awards Sue Ray will grace the stage. Living between Nashville and Brisbane, Sue continues to tour and perform regularly and in the past year has appeared live on NITV programme League Nation Live. In late 2017, Sue will be touring Australia to promote the release her of latest EP 'Sue Ray - Live at Artec Studios Nashville."
Supports: Brooke Russell & the Mean Reds + Mick Thomas & the Roving Commission's and Ayleen O'Hanlon.

OTHER FIRST ROUND ANNOUNCEMENTS

All tickets on sale Tuesday 9 May from 7.30pm via leapsandboundsmusicfestival.com

Additional shows, venues, and special events will be announced on Monday 29 May.