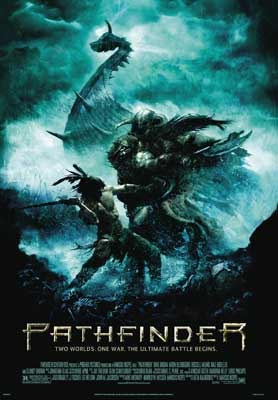 It seems that New Zealander Karl Urban has come a long way since taking on Julius Caesar on the popular small screen fantasy adventure series Xena: Warrior Princess. So it seems only natural that the actor would advance to slay orcs in Peter Jackson's epic Lord of the Rings trilogy. Appearing as a somewhat more rugged version of screen heartthrob Leonardo DiCaprio, it's obvious from his work in such films as The Price of Milk that the handsome young actor has the looks and the skills to make it on his own.

A Wellington native and son of a leather goods manufacturer, Urban's first acting experience came with an appearance in a New Zealand television show at the age of eight. Though he would subsequently eschew an acting career until after graduating from high school, Urban was drawn back in front of the cameras when he was offered the opportunity to appear on an evening soap opera entitled Shortland Street while preparing to attend Victoria University. The acting bug was a bit harder to shake the second time around, and after a mere year at Victoria, Urban abandoned higher education for a career on the stages of Wellington. A relocation to Auckland found Urban gaining exposure on New Zealand television, and after a turn as a heroin addict in Shark in the Park, he made an impression in the 1998 Scott Reynolds thriller Heaven. An unaired pilot for a show called Amazon High was eventually incorporated into an episode of Xena, and Urban would next take to the screen for the gory horror outing The Irrefutable Truth About Demons.

A turning point of sorts came when Urban was cast as the lead in the romantic fantasy The Price of Milk, and his performance as a milk farmer whose relationship is on the rocks found him gaining increasing recognition on the international art house circuit. Though mainstream American audiences would begin to get acquainted with Urban courtesy of his role in the seafaring horror outing Ghost Ship, his role in the Lord of the Rings: The Two Towers later that same year ensured that audiences would be seeing plenty more of him in the future. Following his escapades in Middle Earth, Urban would take to the stars opposite Vin Diesel in The Chronicles of Riddick (2004). Action roles continued to come at a clip when, after dodging bullets in the fast-moving sequel The Bourne Supremacy, Urban jettisoned to Mars to do battle with a particularly nasty breed of evil in the video game-to-screen adaptation Doom. From the far future to the distant past, Urban next laid down his plasma rifle to take up sword against his own people when he assumed the role of a Viking boy raised by Native Americans in director Marcus Nispel's fantasy adventure Pathfinder, which finally unspools across North America in late April.

The Kiwi talked to Aussie Paul Fischer in Los Angeles.

Paul Fischer: So whats a Kiwi doing dressing up as a Viking?

Kara Urban: I dont know, whats a Kiwi doing dressing up as a gladiator, you know? Thats the job buddy. Thats the stuff Im doing.


Paul Fischer: There hasnt been a big Viking moving for, I dont know, three or four decades. What was the particular appeal of this one for you?

Kara Urban: Well for me I was really attracted to the character and the story. This is a story about a young Viking boy who gets shipwrecked on the coast of American, he gets adopted by Indians and then fifteen years later these bunch of Vikings return and massacre his village and he has to decide where his allegiance lies, whether its with his adoptive family or his blood family and ultimately its not much of a choice - he chooses to go with his adopted family and then he helps the Indians to defeat the Viking insurgents. So I was attracted to it on that level and I really enjoyed the journey of this character going from the sort of mode of hell bent on revenge to kind of learning that he has to use his brain to outsmart his enemy when he physically cannot do so.


Paul Fischer: How much did you have to prepare physically for something like this?

Kara Urban: Oh I spent a hell of a lot of time getting into shape and learning how to wield a sword and ride a horse. Id done a limited amount of that on Lord of the Rings, quite an extensive amount of horse work, not so much sword work on Lord of the Rings. But for me on this I did a lot of sword work and a little bit of horse work. Beyond that I really researched about the different cultures, about the Indian culture and the Viking culture and I think this film doesnt really go anywhere towards dispelling the common perception that the Vikings were a murdering, raping, pillaging bunch of guys going around on the seas. They certainly, I think, get a little bit of a bad wrap for a couple of incidents in some of the monasteries off the English coast but as I researched the Vikings I came to realise that they were actually quite a highly evolved society with their own monarchy and their own sort of judicial system and what I came to realise is that the Vikings in our picture were probably closer to a faction of Vikings which were expelled called the berserkers who were expelled because they were just too barbaric and too violent.


Paul Fischer: So theres a fair amount of historical accuracy in this you think?

Kara Urban: Maybe as far as that the historical accuracy is the fact that there is evidence to support the fact that Vikings landed in Newfoundland and Viking artefacts have been discovered right down the eastern seaboard of the United States so they obviously came here. I think even in the Indian culture there are some references to the Viking and in the Viking culture, references to encounters that happened with the Indians and sometimes those encounters were peaceful and trade orientated and other times those encounters were violent clashes. In our film were sort of exploring the clash of these two cultures and it happens in a very barbaric and violent fashion.


Paul Fischer: How tough a picture was this for you to make?

Kara Urban: This was literally the most gruelling shoot that Ive ever done. We shot this film 100% on location and we were shooting it in winter, I was pretty scantily dressed in a very traditional Indian wardrobe which is consistent of a leather thong and some chaps and thats about it. And literally I got injured on the first day of shooting this. Just walking down the hill, I sort of strained some muscle in my calf and it sort of became a process as the days wore on, I had to bandage up and support my ankles, my wrists, my elbows, my knees. I mean there was sword fighting, there was running through treacherous terrain, there was this whole sequence in the film where I evade the Viking pursuers as Im sliding down the side of a mountain. We were working in at times quite hazardous situations. For example we were shooting this one sequence in a cave complex just outside of Swamish and fourteen members of the crew sustained various sort of fractures and sprains due to the fact of working in really tough places. That just happened on one day.


Paul Fischer: When you do something thats physically as tough as this, what are the challenges for you as an actor to deliver a performance while dealing with physically exhausting conditions.

Kara Urban: I think probably the biggest challenge is keeping your energy up and you really have to pay close attention to what you eat and you cant eat things that slow you down, you know. And Im just constantly snacking those health energy bars through the day to try and get through but thats the job, you know. Quite often your action bits are about action and they fall into a difference place to some of your more kind of quite character developing moments.


Paul Fischer: Now this is a very competitive industry obviously. How hard are you finding it, and you still live in New Zealand right?


Paul Fischer: How hard to you find it then as a New Zealander, as an itinerant travelling actor, to find work that challenges you.

Kara Urban: You know what? Ive been pretty fortunate to date. I mean in the last year I shot three projects pretty much back to back starting with Pathfinder and then I went on to do a little New Zealand film called Out of the Blue and then from that I went to New Mexico and shot a western…

Kara Urban: Yeah with Simon. Yeah thats right. So finding work isnt really the challenge, the challenge lies in sustaining a balance in your life with your family and everything else that goes in your life.


Paul Fischer: How do you do that?

Kara Urban: Well quite simply, I take time off. I shot three films back to back and I ended in July last year and then I didnt take a job since because I spent that time with my family, you know. I have a twenty month old son and a six year old son and I realised we were at a point where I really needed to be at home because my youngest boy, he wasnt eating properly and he wasnt sleeping and I needed to be there and be dad and to me thats my most important job and my career unfortunately has to come secondary to that.


Paul Fischer: So are you taking a break at the moment then?

Kara Urban: When Im actually in the process of negotiating on a couple of projects that I hope to start shooting in the next couple of months.


Paul Fischer: Out of the Blue was in Toronto I believe. Is it likely to see the broader theatrical release?

Kara Urban: Well yeah definitely. It was picked up by the Weinstein Company and the last I heard they were planning to release it about May this year I think. Itll get some sort of a, probably a limited art house cinema release.


Paul Fischer: And Pathfinder opened in some parts of the world as I understand it.

Kara Urban: Yeah its actually opened in Russia and I think Malaysia and its done extraordinary well actually. I think its pulled in like about $5 million to date and thats just on the limited territories that it has opened. So theres definitely an audience for it. I think its a great little film. I mean, we really are the little engine that could in the midst of all these big summer blockbusters, these $100 million movies. Were a little sort of, you know, $22 million film looking like $100 million film and its just an epic action, adventure, survival, love story and its relentless, you know, when the film starts it doesnt let you go and its just kind of one tragedy or calamity befalling the next for this character and these people. Its a real tale of survival and struggle and Im really proud of it.