WRIGHT EXAMINES A DIFFERENT SIDE TO LA .

British director Joe Wright win acclaim for his film versions of two literary classics: Pride and Prejudice and Atonement, and now tackles his first Hollywood film, The Soloist, which he confesses was a very different experience to its predecessors. The film revolves around L.A Times journalist Steve Lopez [Robert Downey Jnr] who discovers Nathaniel Anthony Ayers [Jamie Foxx] , a former classical music prodigy, playing his violin on the streets of L.A. As Lopez endeavors to help the homeless man find his way back, a unique friendship is formed, one that transforms both their lives. Wright spoke to Paul Fischer in this exclusive interview.

QUESTION: This is a slight departure from what we've seen of you in the past. What was it about this story that grabbed your attention?

JOE WRIGHT: Well, I've always been really fascinated by mental illness, or to put it another way, sort of alternative versions of reality. And it was an opportunity to investigate that further, really, and to apply cinema to those ideas.

JOE WRIGHT: No, it was a script. And it was something that Stacy Snider from DreamWorks sent to me, and I read it, and was intrigued by it. There was one line that particularly grabbed my attention, when Nathaniel is looking up at an airplane, and says to Steve, who's standing next to him, "Are you flying that plane?" And I found that to be such an interesting line, and idea. But I was a bit wary about whether I really had any right to make a film that was so American, really. 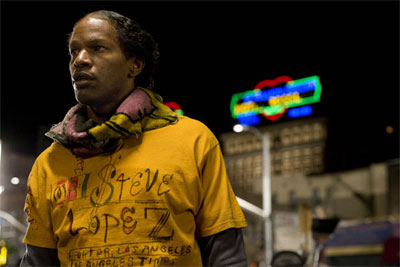 QUESTION: Why is that?

JOE WRIGHT: 'Cause I'm English. And, you know, I feel America's a very foreign country to me. And so I came out here, anyway, and met Steve Lopez, and Steve took me on a walk down to Skid Row. And there, I met some of the most extraordinary Americans I've ever met, and went to a place called Lamp, and met these wonderful people. And decided that what I wanted to do was to apply some of the techniques of British realism - in other words, using real people, non-actors, to appear in the movie. And have these people show me how to make the film. And they certainly had the authority to make the film. And so that was the proposal I put to DreamWorks. And to be honest, to my surprise, they accepted the idea.

JOE WRIGHT: Well, to be honest, I learned how important a national health service is. Because - you know, I think - we don't have the same kind of issues in England. And I think that's because of our national health system. And so I learned about that system, and about the failings of that system. And then on a kind of 'nother level, you know, I learned that one of the biggest mistakes people make is to confuse mental illness with mental stupidity. And the people that I ended up working with and getting to know down on Skid Row were very, very far from being stupid. In fact, they were some of the brightest people I've met in Los Angeles. So, I learned a huge amount, though, and it was a really wonderful time we all spent together.


QUESTION: Was it a challenging film for you to cast? I mean, how do you set about casting actors playing characters that are so recent?

JOE WRIGHT: Well, casting Jamie was quite simple, really, because Jamie - you know, perhaps was the obvious choice, and certainly the right one. And very quickly, we spoke, and he agreed to play the role. Casting Steve Lopez took longer. You know, a lot of actors felt that, really, it was Nathaniel's film, and that they would be sidelined. And all that Steve Lopez did was ask questions. And, you know, he wasn't an interesting character. And it was only Robert who really understood the potential of Steve Lopez, and understood that Steve was a soloist, and just as much as Nathaniel is.


QUESTION: What about the challenges of shooting in LA? I mean, you've obviously never worked here. What obstacles did you encounter?

JOE WRIGHT: It cost a lot of money to shoot in LA. 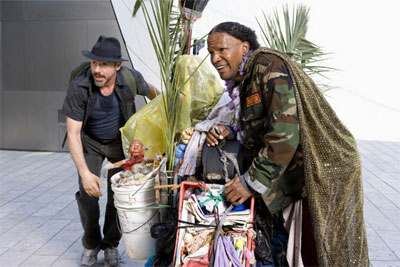 JOE WRIGHT: Parking. [LAUGHTER] Parking in LA, for film crews, costs an absolute fu**ng fortune. It's just stupid. The amount of money that was spent on parking is just - was obscene. Locations cost a lot more. Crews are a lot bigger. And also, to be frank, actors get paid more, as well.I mean, Keira's certainly a film star, but in a different kind of way.


QUESTION: Does that make it difficult to - because I guess you have to learn, also, about economy, when you're making a film that is so much more expensive. Did you find that you had to really change the way you shoot a film?

JOE WRIGHT: No, I learned more about economy on Pride and Atonement than I did on this, I must admit.


QUESTION: Really? Interesting. Would you want to make another film in LA, or do you think that - would you think about it very carefully before doing that again?

JOE WRIGHT: I wouldn't say that I've been put off, but I like adventure and the idea was to come and have an American adventure and to come and shoot in Los Angeles, as a location. And we've done that now, and so we'll move onI wasn't asked after shooting Atonement whether I would ever think about moving to Redcar. [LAUGHTER] Or indeed, whether I ever wanted to make another film there. To me, LA was a wonderful location, and a fascinating journey.


QUESTION: Did you also learn about the politics of Hollywood doing a movie like this, because the film was, of course, supposed to come out last year and it's been bumped around a lot on the schedule. Does that get a little bit frustrating?

JOE WRIGHT: Yeah, it was quite frustrating waiting. I was very lucky with Pride and Prejudice and Atonement, to have them released within one or two months of me actually completing the film, so that one feels like one's working towards an opening night. And I must admit, that appeals to my sense of theatricality. And so it was quite frustrating to have the film - have its release postponed. But unfortunately, my chosen art form is also a big industry, and a commercial business, so I have to accept that.


QUESTION: Your first two movies were literary works. Is there a non-literary work that you're interested in diving into?

JOE WRIGHT: Not at the moment. I mean, the next film is hopefully going to be a film about the two years before the independence of India, and the partition of India and Pakistan. 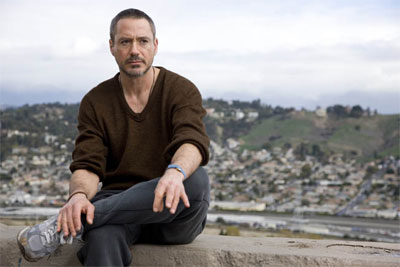 QUESTION: How much of that is going to be where Gandhi kind of left off.

JOE WRIGHT: It includes Gandhi. But it more focuses on Jawaharlal Nehru and his relationship with Edwina Mountbatten.


QUESTION: Are you going to be able to shoot on location?

JOE WRIGHT: It's all going to be shot in India.


QUESTION: When do you plan to start that?


QUESTION: Have you fully cast it yet?

JOE WRIGHT: No, not at all. We're not going to start shooting 'til January next year. So, we have a good extended prep time. But there are areas that we're talking about shooting that are totally inaccessible in the winter months. So, we have to do a lot of prep now. It's an area of history that I, shamefully, knew very, very little about. I kind of knew about colonial India, or British involvement, but I knew less about the negotiations that led to partition and separation of Pakistan. It's less about the British, more about the Indians, to be honest with you.


QUESTION: So, you're going to be casting a lot of it amongst India's Bollywood community? Are you going to be trying for that?


QUESTION: Does that have a title?

JOE WRIGHT: At the moment, the title is Indian Summer. That might change, though.

Hollywood heavyweights Jamie Foxx and Robert Downey Jr. team up in this drama based on a true story. Foxx (RAY) stars as Nathaniel Ayers, a homeless man with remarkable musical talent, and Downey Jr. (IRON MAN) plays a writer who realizes the man's gift. ATONEMENT and PRIDE AND PREJUDICE filmmaker Joe Wright moves away from historical Britain to direct this film.