FOR JAMES McAVOY ITS ALL UPHILL FROM HERE

James McAvoy was not well known a year ago, but now the Scottish actor is, as they, hot. From The Last King of Scotland, which established McAvoy, through to his latest projects, the young actor is on the road to stardom, not that he is taking his success for granted. Opening this month is the small Indie film Starter for 10. Set in 1985, McAvoy plays working-class student Brian Jackson who navigates his first year at Bristol University. The actor will also be seen opposite Christina Ricci in Penelope, the Jane Austin biopic Becoming Jane and Atonement. He spoke exclusively to Paul Fischer. .

Paul Fischer: Your career is certainly up and running.

James McAvoy : Yeah, its getting along nicely at the moment. I cant complain.


P.F: When youre looking for a project, why this particular one? Why Starter for 10?

James McAvoy : if Im being really honest? I would say that when I received the offer to play Starter for 10. I wasnt really at a point in my career where I was looking for projects. I was just looking for work and it was a good job and it was either do that or do something shit. So I had to do the good thing. So, its only really recently that Ive got to the point where, you know, its about me looking for the right project and all that sort of thing you know. Last King of Scotland is followed by Starter for 10, then followed by a film called Penelope but all just the jobs that were offered to me, you know. Then after that I started to have some more choice about things.


P.F: Having made your foray into independent films, do you think that the roles are still more interesting anyway even though you - youre right. I mean even though you didnt have a choice as such, you still were able to play some really rich characters.

James McAvoy : Yeah, no I know. I think the independent film can be a hell of a lot more interesting and quite often is and Im lucky that Ive been able to have a career that has gone there whilst at the same time, over the last seven years Ive done some very mainstream things, some real mainstream shit as well. And Im sure I will again at some point but I think that Im lucky that I get the opportunity to do some nice independent films like Last King of Scotland. Starter for 10, whilst its a mainstream movie, I feel like its got a real social political context. Do you know what I mean? It reflects all the common themes and whilst its still a mainstream feel good movie, I feel its actually based in a real place that exists other than Notting Hill which I dont believe exists as its portrayed in that film, you know?


P.F: So was it easier for you to draw on this character in Starter for 10 because of its reality?

James McAvoy : Yeah I think so. I think hes quite representative of a lot of young men who go to university and I recognised a lot of myself in him and it was very easy for me to draw on my own experiences to play him.


P.F: How important is it for you to try and maintain your Scottish identity as an actor?

James McAvoy : Not particularly important at all really. I dont really care whether I play Scottish people or not. I just really want to play good roles, and play interesting characters in interesting stories. And if theyre Scottish then thats fine but if theyre not, I dont really mind. Ive only - I mean Ive been acting for eight years and have played about three Scots in that time. I dont think Id played a Scot for four years when I did Last King of Scotland. But to be honest with you, I dont really feel any great loss. I mean its important for me to retain my Scottish identity as a person in real life but as an actor within my profession, I dont really - its not a priority. 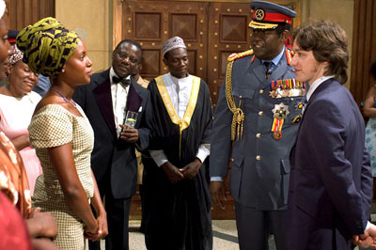 P.F: Do you still live in Scotland?

James McAvoy : No I live in London.


P.F: As a young man, even though the work is certainly coming in now, what challenges do you face trying to find characters that are really interesting to you?

James McAvoy : I dont know. I dont think I have found many challenges to that. Ive been exceptionally lucky over the last seven years. Ive had to play a couple of times at the beginning of my career - characters who maybe werent very demanding or that interesting really and its only happened a couple of times. Ive been very lucky that Ive always played interesting roles, you know. Ive always played people who are very conflicting and to me thats sometimes an interesting type of person.


P.F: How surprised are you by the kind of success that Last King of Scotland has attained?


P.F: Tell me about Penelope. That sounds like a really lovely little movie.

James McAvoy : Yeah it is actually. Its a nice film. I suppose its a kind of allegorical fable in terms of modern celebrity obsessed culture and this kind of body fascist state that we seem to be living in at the moment where if youre not perfect you have to kill yourself. If youre not thin enough, if youre too fat youre fucked and all that kind of stuff. I think thats what the films about. Its sort of an allegory for that kind of stuff. 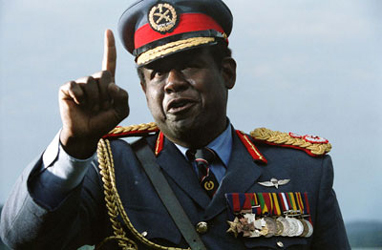 P.F: What else is happening with you now?

James McAvoy : Then Ive got a film called Becoming Jane which is about Jane Austen and thats coming out in March in England and then August in America and then after that theres a film called Atonement which is an adaptation of Ian McEwans novel which is directed by Joe Wright....


P.F: Who do you play in Atonement?


P.F: So you get to work with another unattractive female actor then?

James McAvoy : Yeah it takes quite a lot from me to not get pissed off about that but, yes. Theres been a lot of really nice looking ladies that Ive been able to work with recently so Im very lucky. But I actually wondered about the believability of these relationships. What else? And then Im going to go and make a film called Wanted in April.

James McAvoy : I play a young man called Wesley Gibson who, upon learning that his father has been assassinated, is given the opportunity to seek revenge and Morgan Freeman is co-starring. 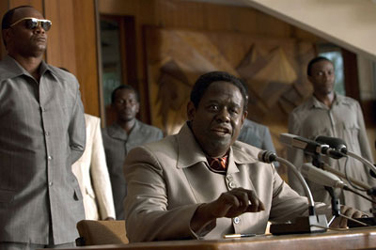 P.F: Now James, why did you want to become an actor in the first place?

James McAvoy : I didnt particularly - I was given the opportunity to be in a film when I was eight years old. I hadnt had any experience whatsoever in any way and I took it.


P.F: And are you more impassioned by it the more you do it?

James McAvoy : Yeah I think I am. I really enjoy it. I love the actual job of being an actor on set in the middle of my own kind of, trying to figure out how best to tell this story. I really, really, really enjoy that and I get a huge kick out of it.


P.F: Is that all you want to do or do you have aspirations beyond being in front of the camera?

James McAvoy : Yeah I think I would like to direct one day or something.


P.F: You would like to direct? Write as well or just direct?

James McAvoy : Yeah I dont really think Ive got the talent to write.


A Scottish doctor (James McAvoy) on a Ugandan medical mission becomes irreversibly entangled with one of the world's most barbaric figures: Idi Amin (Forest Whitaker).

Impressed by Dr. Garrigan's brazen attitude in a moment of crisis, the newly self-appointed Ugandan President Amin hand picks him as his personal physician and closest confidante.

Though Garrigan is at first flattered and fascinated by his new position, he soon awakens to Amin's savagery and his own complicity in it. Horror and betrayal ensue as Garrigan tries to right his wrongs and escape Uganda alive.