International Day For The Elimination Of Violence Against Women 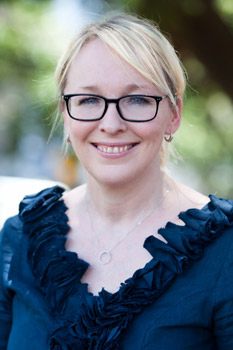 International Day For The Elimination Of Violence Against Women

Domestic violence is an issue that many Australians face.

Almost every week in Australia, one woman is killed by her current or former partner.*

International Day for the Elimination of Violence against Women is next Monday, November 25th and as a stake in the ground it gives us the opportunity to open up a topic that typically has remained taboo.

Domestic violence is no longer defined as a man beating up his wife.  There is so much more to domestic violence than many Australians understand and it is sometimes this lack of understanding which puts people, particularly women and children, at risk – both their physical wellbeing and sadly in many cases, their lives.  Violence that is non-physical can be just as dangerous as a recent high profile case in the media has demonstrated.

Domestic Violence NSW (formerly the NSW Women's Refuge Movement) continues to work hard on this issue from prevention to protection.

Non-physical abuse can be a silent killer in domestic violence.  Controlling behaviour, psychological, sexual, emotional and financial abuse can pose a serious risk that puts lives at stake.  Recognising the signs is one thing but many women in particular find it impossible to leave a situation like this where their partner has complete control over all aspects of their lives.  They are cut off from friends and family and made prisoners in their own homes.  It's a life sentence.

The myth around domestic violence victims

We need to dispel the myth around domestic violence and show how it impacts women from all backgrounds.  Historically the focus of domestic and family violence has been centred on lower socioeconomic households. Many women living in affluent areas don't report abuse because they fear losing their security, damaging the family reputation, impacting their kid's lives etc.

CEO of DVNSW, Tracy Howe says current statistics fail to recognise the unreported cases of domestic and family violence from affluent suburbs of Australia.  The recently publicised Nigella Lawson case has blown the stereotypical image of a domestic violence victim out of the water and highlights the growing need for domestic violence cases to be reported, discussed and for help to be sought.

'Why doesn't she leave?"

A common attitude and misunderstanding that people have about women living in domestic violence situations.  The fear for their life and the danger imposed by leaving is more often than not worse than staying in the relationship.  DV NSW is helping women and children escape.  Tracy Howe is a former manager of a women's refuge and has been at the coal face of this issue and can offer advice not just for women in these situations, but also for bystanders who may not know what to do.

'It's none of my business".

'It's between a wife and husband, it's not for me to interfere".

People don't get involved as they feel it's none of their business. Tracy Howe can offer advice on how we can move past that "other people's business" block that stops us stepping up and how we can make a real difference in helping and even saving victims.   It can be as simple as starting a conversation…

There is an incredible amount of support services available for women and children living in domestic violence situations. Organisations like DVNSW work to empower women to help them leave their situation and teach young women what a good relationship should look like.

We need to show women there is always help available.

Domestic Violence is a critical social issue that affects women from all backgrounds. Educating people on what constitutes domestic violence is crucial to addressing this problem.

Tracy Howe, CEO of DVNSW (Domestic Violence NSW) outlines how non-physical abuse can be a silent killer in domestic violence.

'Controlling behaviour, abusive comments, monitoring a partner's emails and phone messages may not be considered by some people as threatening, but this is an abuse of power and is serious."

'It is crucial that we communicate to anyone living in an abusive relationship that they first need to recognise the signs of threats and to know that there is support available."

'There is a general reluctance for others to intervene in domestic violence situations believing that it is a private matter between two people or they are concerned that they may get hurt themselves.  If you saw someone on the street being beaten up or abused, would you walk past or do something such as call the police?"

'There are ways that family, friends and neighbours can assist without the threat of harm and we really need to get this message out there to help minimise the severity and risk to life that exists behind closed doors."

Tracy's advice for anyone who knows someone in an abusive relationship:

'It's important for us to push through that "other people's business" block that stops us stepping up. It's our fear of rejection from the victim that does it, as much as fear of repercussions from an abuser."

'If a woman has been disclosing to you that she is fearful and a victim of abuse, and then for some reason a turn of events (such as the partner realising your confidential relationship) you are told to mind your own business, you need to hold fast, maintain that connection and don't assume the problem has disappeared."

'Call the police domestic violence liaison officer and discuss what you know and they can make some kind of risk assessment on where to proceed. In some situations, this could save a life."

'Domestic and family violence is an  issue that affects women and children from across all backgrounds, and so making sure that friends', families, neighbours, work colleagues etc. know how to help is an essential part of our message."