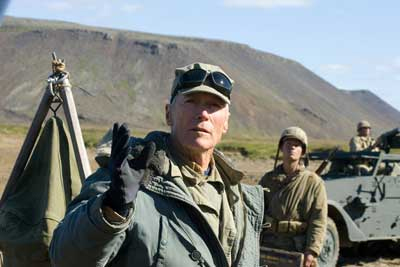 The tall, strident figure who enters the room is unmistakeable. Age, as has been said, has not wearied him. Clint Eastwood still looks impressive at 76. No longer the Man with No Name or Dirty Harry, these days hes a formidable force behind the camera, an Oscar winning filmmaker known for his economy of scale. But Eastwoods latest film, the World War 2 drama Flags of our Fathers, is an anomaly for Eastwood, a big-budget epic work that is in sharp contrast to the likes of his acclaimed Mystic River and Million Dollar Baby.

A film centred around the tragic Battle of Iwo Jima, one of the most crucial and bloodiest battles of the second world war, it culminated with what would become one of the most iconic images in history: five Marines and a Navy corpsman raising the American flag on Mount Suribachi. The inspiring photo capturing that moment became a symbol of victory to a nation that had grown weary of war and made instant heroes of the six American soldiers at the base of the flag, some of whom would die soon after, never knowing that they had been immortalized. But the surviving flag raisers had no interest in being held up as symbols and did not consider themselves heroes; they wanted only to stay on the front with their brothers in arms who were fighting and dying without fanfare or glory. 'Flags of Our Fathers' is based on the bestselling book by James Bradley with Ron Powers, which chronicled the battle of Iwo Jima and the fates of the flag raisers and some of their brothers in Easy Company. A book originally set to be filmed by Steven Spielberg, Eastwood, who picks projects that interest him on a personal level, says that he wanted to tell this particular war story "because there's never been a story on Iwo Jima, even though it was the biggest marine corps in marine corps history," says Eastwood. "What intrigued me about it was the book itself and the fact that it wasn't really a war story." The director, who says he had been involved in a few war films as an actor, says he never set out to do a war movie per se, "but I liked this, because it was just a study of these people, and I've always been curious about families who find out things about their relatives much after the fact. The kind of people that have talked to me about this campaign and many other campaigns, seem to be the ones who have been the quietest about their activity. It's a sure thing that if you hear somebody being very braggadocio about all their experiences in combat, he was probably a clerk typist somewhere in the rear echelon, but there seems to be a commonality with these kind of people." 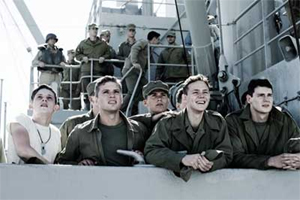 Much has been said of the parallels, if they exist, between World War 2 and contemporary events, but Eastwood denies making any kind of a contemporary parable, and the two wars represent vastly different ideologues. "World War 2 was a different time in history, of course. When the war was brought to us in Pearl Harbor, it became a reality that if we didn't fight this one out, we might be speaking another language today, so it was sort of simple. Most of the young men and women who went to war were about 19 years old. You figured they were probably all born in the late 20s early 30s, and they were over there, but they all had the spirit. So it was important to tell this story for that reason, as it told of a time in our history when there was a lot of spirit. "

"As for today - I suppose war is war whenever you're in there. If you're in the front lines, there are always various problems you have to deal with that are hard for us to understand who are in a non-combat situation unfortunately. The country seemed much more unified than it is today, because the war we're in today - excluding the Iraq War in the front lines - is a different kind of war, incorporating Ideology and religion. There are a lot of factors coming in to it that may make the next war much more difficult, but World War 2 was much more cut and dried."

As Flags is, in many ways, an old fashioned, classic war story, for todays audiences, Eastwood hopes that through this film, "they get to know these people, and what they went through, as well as perhaps give the audience a feeling of what it was like in that time, what these people dedicated or donated their lives for." But also, he adds, he wants audiences to know more about what it has been defined as The Greatest Generation. "A lot of people talk about the greatest generation so it was fun to just try to visualize that. We now live in a time where its different. We have an all voluntary military, the countrys a lot more comfortable, economically and is in fact right now probably a lot more spoiled than we were then, so war is more of an inconvenience now where then it was an absolute necessity." 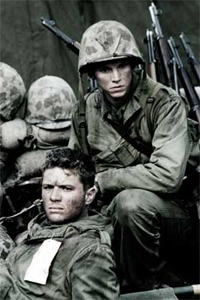 Like in much of Eastwoods recent work, his films offer a reflective comment on the humanity, coupled with a certain physicality, and this is particularly evident in Flags, that shows off the two sides to the director. Eastwood says that he has little difficulty in reconciling or balancing these two facets of his persona. "I just kind of go along. I think as I've matured - which is in a way of saying aging - I've reached out to different sides of different stories. I started out in movies with a lot of action and that sort of thing, but as I got to this stage in life now where I'm sort of retreating to the back side of the camera, I just felt that it's time to address a lot of different things that are closer to me than maybe fantasy characters that I might have been involved with."

In a career spanning half a century, Clint Eastwood can afford to pick and choose what he wants to do on either side of the camera. With little to prove, either to himself or audiences, the director still insists on pushing himself, and that includes shooting not one, but two films about Iwo Jima. Opening early next year is the Japanese perspective, Letters from Iwo Jima, and Eastwood does laugh when asked if these days, making two films back to back is his most serious challenge. "Sometimes I think Ill take some time off, and it goes in waves. I did 'Mystic River,' and I was going to take some time off after that project, then I read 'Million Dollar Baby,' and said, boy, I gotta do that, so I went right into that. I had tried to buy this book sometime earlier and DreamWorks at bought it and I ran into Steven Spielberg and he said why dont you come over and direct this film. I told him I liked the book very much, we shook hands and I said, yes, Ill do that. He didnt have a screenplay he was happy with so we had to kind of start from scratch." It was part of the way into the research for Flags of our Fathers that he started getting interested in Lt. General Korubioshi the Japanese commander at Iwo Jima. "I was kind of wondering what kind of person he was to defend this island in a very clever way by tunnelling the island and putting everything underground, doing it differently than most of the Japanese defences were at that time. I sent to Japan and got a book about General Kuribayashi, which was a book of letters to his wife, daughter and son."

As Eastwoods films tells of a father and son, asked whether he would want his own children to depict his life on film, the ferociously private Eastwood smiles. "No, no. I dont feel my life is that interesting, which is maybe why I became an actor." In summing up his own life, Eastwood adopts the brevity that has often defined him. "I just feel like I do a job. Ive been lucky enough to work in a profession where I enjoy it and still do.. Obviously Im doing it still and I dont seem to have any ambitions about retiring. If I do, I havent kind of found out about them yet, so maybe Im just waiting until they retire me." 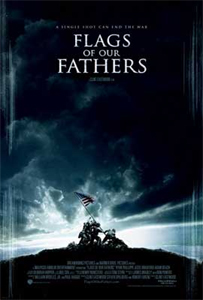