Alan Arkin has been making us laugh for close to four decades in many a seminal classic from the likes of The Russians are Coming, to Freebie and the Bean and The In Laws. Yet his career has enjoyed something of a remarkable rejuvenation with his Oscar winning turn in the surprise hit, Little Miss Sunshine. At a very youthful 74, the actor is in full career mode and as busy as ever, such as his role of the Chief, that legendary boss of one Maxwell Smart, in the new Get Smart movie. But as he explained to Paul Fischer in this exclusive interview, he still has certain criteria as to his movie choices these days.

Paul Fischer: Was there a degree of reticence on your part to take on such an iconic character?

ALAN ARKIN: No. None whatsoever.

ALAN ARKIN: Yeah. I didn't know he was an iconic character. I'd never seen the show, and I'd never heard much about it. So I wasn't that daunted.


Paul Fischer: What was the appeal, then, for you to do this?

ALAN ARKIN: The script, and working with Steve again.


Paul Fischer: And this is a very different kettle of fish from Sunshine. 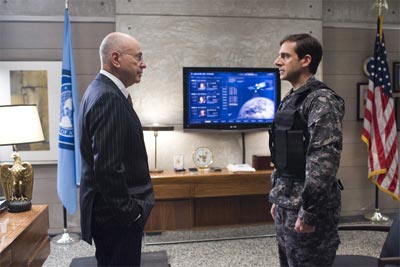 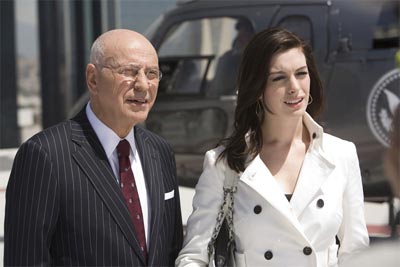 Paul Fischer: Were you more encouraged to improv on this?

ALAN ARKIN: We didn't - no. We weren't encouraged, and we didn't need to. Every once in a while it just happened spontaneously, but not very often. We had a really good script, and we were happy to stay with it. I mean, I love improv, and I've used it in a lot of movies, but if something's working, why play with it?


Paul Fischer: Was Mel Brooks ever on set when you were working?


Paul Fischer: So you never heard from him?

ALAN ARKIN: They had a special screening for him a couple weeks ago, and he apparently liked it a lot.


Paul Fischer: What is the secret of doing a movie like this? It's part satire, and part, I guess action.

ALAN ARKIN: It's a very difficult - it's a tightrope walk.


Paul Fischer: So what's the success for you, in doing a comedy like this? Is it playing it completely straight and believable?

ALAN ARKIN: Oh, I feel like that's the answer to everything. I mean, you've got to do everything that way, unless it's Jim Carrey, you can get away from doing something completely different. But I think almost invariably, you've got to be absolutely true to the character, and the reality and the seriousness of the thing you're doing.


Paul Fischer: Little Miss Sunshine was a huge turning point in your career. You wanted to do the role from the beginning? 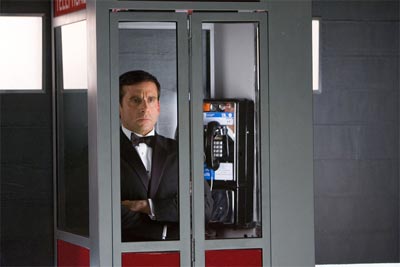 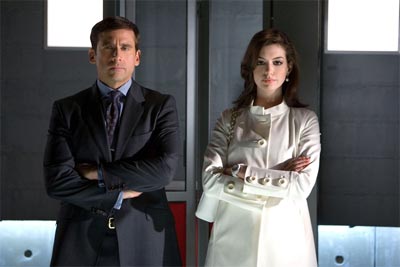 ALAN ARKIN: The minute I read it, I flipped out for it.


Paul Fischer: Did you think that it would be the kind of thing that it ended up?

ALAN ARKIN: Well, I never do. I never know what's going to happen. I mean, if I had a crystal ball, I'd be the head of a studio and pulling my hair out.


Paul Fischer: Are you surprised that your career has kind of - not that it's ever been particularly lax at all, but it seems to have undergone this extraordinary rejuvenation. Do you feel that?


Paul Fischer: What do you look for in a script that you maybe didn't look for 30 years ago?


Paul Fischer: Are these easy to come by?

ALAN ARKIN: Am I a historian of my own career? 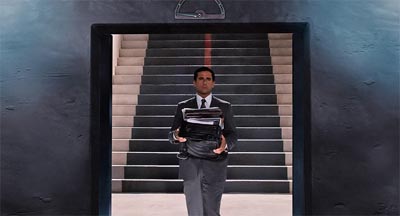 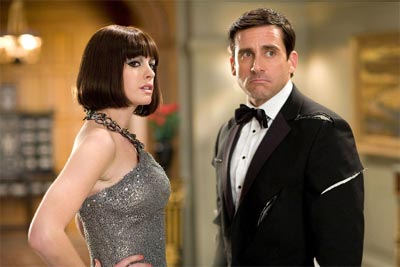 Paul Fischer: Of your own career, yeah.


Paul Fischer: Why? And what do you see when you - when Russians is on television, or any of those classic movies?

ALAN ARKIN: I sort of - I love that film. When I see it - I watch it once every 30 years or so, but I don't spend a lot of time digging into my own archives.


Paul Fischer: Do you think the industry's changed dramatically since you started?

ALAN ARKIN: It feels - I mean, I can't say for sure, because I don't watch it. But from being in the stuff I'm in, I feel like there's a lot less sense of community than there was, than there started out being. The early films I made, there was a sense of - more of a sense of everybody working together and having fun together. And that doesn't seem as prevalent today.


Paul Fischer: Do you think that Hollywood has become far to corporate-ized?

ALAN ARKIN: The whole culture is. See, people talk about Hollywood as if it's a - an entity unto itself. What goes on in Hollywood is a microcosm of what's going on in the whole rest of the country. So, it is not an industry unto itself. It's following what all the other industries in the country are doing. The same thing. It's more and more run by numbers, and not about people.


Paul Fischer: But you still enjoy the process of acting now.

ALAN ARKIN: I enjoy it, if it's with people who want to play and have a good time.


Paul Fischer: I'm wondering how difficult it is to find that sense of enjoyment now. I mean, do you find it difficult to find a group of people who are willing to do that?

ALAN ARKIN: More - it's harder than it was 40 years ago, but you can still find it. 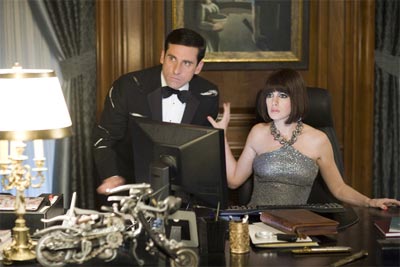 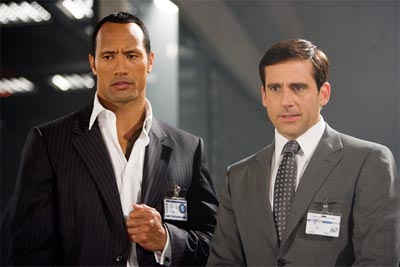 Paul Fischer: You obviously had that with Get Smart.


Paul Fischer: You also get to do some physical stuff in this movie.

ALAN ARKIN: I do!


Paul Fischer: Did you enjoy being able to kick some butt for a change?

ALAN ARKIN: Oh, yeah. I liked beating up the Vice President. Who wouldn't like to do that?


Paul Fischer: What are your aspirations at this point? Are you planning on to do some writing, for example?

ALAN ARKIN: My main aspiration is to get a really good remote control that can control all the devices in my house simultaneously.


Paul Fischer: [LAUGHTER] Are you going to write your autobiography?

ALAN ARKIN: My autobiography? No.


Paul Fischer: Why? Have you been asked?

ALAN ARKIN: I'm not that interested. I mean I did all that stuff. I know it and I don't want to rehash it.


Paul Fischer: What are you working on next?

ALAN ARKIN: I don't have anything.


Paul Fischer: You're taking a break?

ALAN ARKIN: Yeah. I have four movies in the can. I just gotta lie down.


Paul Fischer: What's the next one that's coming out, you think?

ALAN ARKIN: My guess is that the next one is a movie called Sunshine Cleaning, with Emily Blunt and Amy Adams.


Paul Fischer: Who do you play in that?


Paul Fischer: And are you signed up for a Get Smart sequel?

ALAN ARKIN: Yes. If there is one, hopefully I'll be in it. 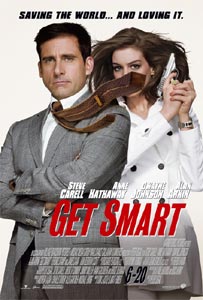 Maxwell Smart (Steve Carell) is on a mission to thwart the latest plot for world domination by the evil crime syndicate known as KAOS. When the headquarters of U.S. spy agency Control is attacked and the identities of its agents compromised, the Chief (Alan Arkin) has no choice but to promote his ever-eager analyst Maxwell Smart, who has always dreamt of working in the field alongside stalwart superstar Agent 23 (Dwayne Johnson). Smart is partnered instead with the lovely-but-lethal veteran Agent 99 (Anne Hathaway). Given little field experience and even less time, Smart-armed with nothing but a few spy-tech gadgets and his unbridled enthusiasm-must thwart the doomsday plans of KAOS head Siegfried (Terence Stamp).