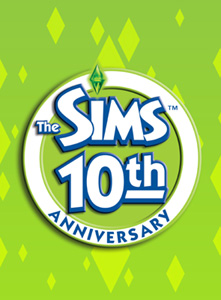 - World's Most Popular Virtual Neighbourhood Celebrates A Decade of Simulation, Innovation and Reinvention -
- Sims Franchise has grossed more than $2.5B putting it in the same class as Avatar, Titanic and Matrix Trilogy -

The EA Play Label of Electronic Arts Inc. announces the celebration of the tenth anniversary of The Sims™, the groundbreaking game that has allowed players to create and live a virtual, simulated life on a computer.

Since the original The Sims debut on 4 February 2000, the unstoppable, award-winning franchise has produced three core games - The Sims, The Sims 2 and The Sims 3 - supported by dozens of expansion packs with lifetime unit sales eclipsing 125 million worldwide.

As the best-selling PC game* in nearly every major video game market worldwide, The Sims has continuously reset the bar over the past decade delivering new content, gameplay elements, platform support and partnerships that resonate with its global fan base in meaningful ways and take the play experience to new levels of fun and entertainment.

"The success of The Sims is something gamers and the gaming business as a whole can be proud of. With its charming and quirky style, lovely emergent game mechanics and user created creativity that delights every day, The Sims is a game that can be enjoyed by everybody and reflects what you put into it," explains Rod Humble, Head of the EA Play label. "The future of The Sims is going to be a lot of fun; it is rare for an entertainment franchise to be gaining momentum a decade after release, so this is a particularly pleasant moment for everyone who has worked on the games."

"No other game in the history of electronic entertainment has ever had the broad, nearly universal appeal of The Sims franchise," says Logan Decker, Editor-in-Chief of PC Gamer magazine. "Everybody plays it: hardcore gamers, young women, celebrities, conservatives, professors, soldiers, grandmothers, even people who say they don't like computer games. And the game-or, rather, the experience-has thrived throughout 10 years of sequels and countless expansion packs because EA has kept the environment fresh and infinitely customisable while never getting in the way of the game's primary focus-the player's imagination, and the natural inclination of all human beings to create meaningful stories." 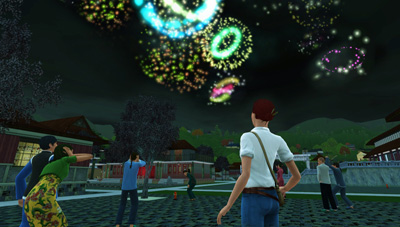 Just how popular is The Sims?
The franchise has grossed more than $2.5B of revenue putting it in the same class as blockbuster films Avatar, Titanic and The Matrix Trilogy.The Sims, available in 60 countries and 22 languages, remains a worldwide cultural touchstone for its enormous and growing fan base by continuing to evolve its content and remain current. Since its June 2009 launch, The Sims 3 has sold more than 4.5 million units worldwide to date and holds the #1 best-selling PC title for 2009 in North America and Europe*. In Australia, the extraordinary sales made history with the launch being the biggest ever for Electronic Arts.

The Sims 3, like its predecessors, allows players to create, download and share player content on its online exchange fueling nearly 110 million downloads for The Sims 3 in a matter of months. The Sims 3 community site alone, www.thesims3.com , welcomes up to six million unique visitors monthly, handles 300 content downloads every minute and more than 1.8 million uploads have been made to date, including 20 movies each hour. The Sims 3 App for iPhone and iPod touch became the top selling game on the App Store for 2009 and reached the #1 position in the top paid Apps in nearly 40 countries worldwide in the same year.**

What does it feel like to host 6 million visitors each month?

Invite the entire city of San Francisco to drop by your house and you'll get the gist.

Social networking sites play a significant role in the ongoing popularity of The Sims with pages on Facebook, MySpace, Twitter and YouTube, amassing a following of a million friends to date worldwide. That's enough people to fill the world's largest stadium, North Korea's Rungrado May Day Stadium, more than four times. The Sims 3 YouTube Channel is the second most subscribed to sponsored channel of all time with nearly 55,000 subscribers and over 26 million video views. Through social networks, The Sims development team shares the latest news and content, hosts contests and showcases player creations and provides answers to game-related questions.

Sims are the trendiest virtual people on the block.

In 2008, nearly 1,000 H&M stores worldwide featured a garment designed by a player of The Sims for purchase, and real-world IKEA home furnishings could be used to decorate living spaces and more with the releases of The Sims 2 H&M Fashion Stuff and The Sims 2 IKEA® Home Stuff packs.

The Sims has continued to hold magnetic appeal because it is relevant, quirky, edgy and fun; it's a microcosm of society. The games give players the ability to create and control another life for themselves complete with relationships, children, homes, travel, business and pure entertainment.

If the games were buried in a time capsule, when unearthed in 100 years, The Sims would give future generations an instant understanding of how people lived between 2000-2010. For example, music would come alive from blockbuster recording artists such as The Black Eyed Peas, Nelly Furtado, Katy Perry, Natasha Bedingfield and Depeche Mode, all of whom have recorded songs for various The Sims games in Simlish, the official language of the Sims.

The popular franchise has also kept pace with societal trends such as "going green" with The Sims 3 allowing players to live off the land, grow their own food and or use pedal power or a Toyota Prius to travel, all in an effort to reduce their personal carbon Sim footprints.