In a dynamic new portrayal of Sir Arthur Conan Doyle's most famous characters, Guy Ritchie's "Sherlock Holmes" sends Holmes and his stalwart partner Watson on their latest challenge. Revealing fighting skills as lethal as his legendary intellect, Sherlock Holmes will battle as never before to bring down a new nemesis and unravel a deadly plot that could destroy the country.

After finally catching serial killer and occult "sorcerer" Lord Blackwood (MARK STRONG),legendary sleuth Sherlock Holmes (ROBERT DOWNEY JR.) and his assistant Dr. Watson (JUDELAW) can close yet another successful case. But when Blackwood mysteriously returns fromthe grave and resumes his killing spree, Holmes must take up the hunt once again.

Contending with his partner's new fiancee and the dim-witted head of Scotland Yard, thedauntless detective must unravel the clues that will lead him into a twisted web of murder,deceit, and black magic - and the deadly embrace of temptress Irene Adler. (RACHELMcADAMS) 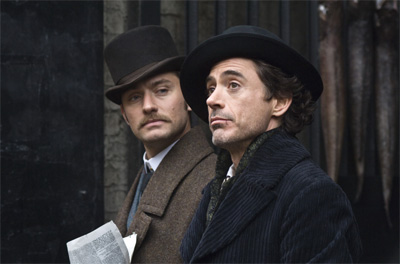 Review: It's nice when a movie surprises you. I was expecting something a little bit old fashion, dressed up with some hollywood stars, but Sherlock Holmes was definitely a worth while watch. Bringing a legendary character into the limelight with new depth of character, Robert Downey Jr was the suited the role perfectly as the genius, yet phycotic Sherlock Holmes.

Shown in a new light, Sherlock Holmes embarks on a mystery of magic & science against a foe with a talent for deception. We discover hidden talents as seen through Sherlock Holmes eyes, as his mind unravels the steps to incapacitate in detail. Sherlock Holmes extraordinary mind is always alert to detail and the underlying message, and is able to access that memory instantaneously. Full of mystery, deception & plenty of action, Sherlock Holmes is enjoyable on varying levels and well worth your time to watch. Jude Law & Rachel McAdams are also intriguing characters to watch, true to nature. 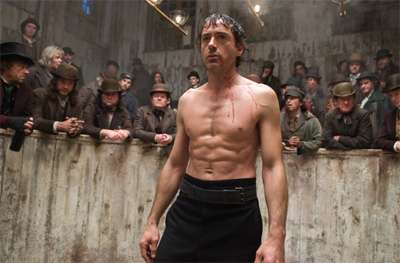 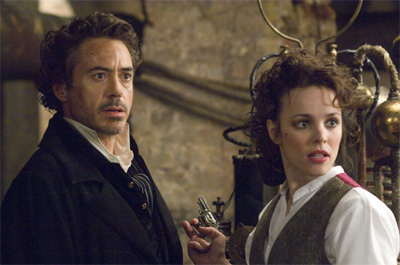