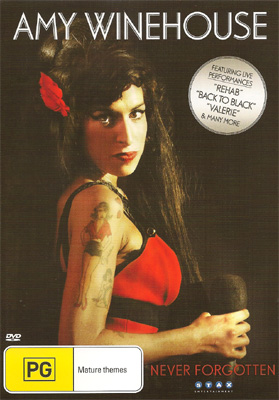 Amy Winehouse's tremendous soulful vocal talent and song writing ability established her as one of the most innovative artists of our time. She used the sound of her idols, Etta James & Billie Holiday, to reinvent jazz and blues for a new generation in her album Back To Black, which sold millions of copies worldwide and garnered her countless accolades, including 5 Grammy Awards. Her most popular songs, Rehab and You Know I'm No Good, featured in this documentary contain lyrical content that mirrored the turmoil of Winehouse's personal life, including the stormy breakup of her marriage, her struggles with addiction, ultimately foreshadowing her untimely death. This is the story of how in just 27 short years, Amy Winehouse managed to influence the music community, fashion world and a legion of fans that understood her best through her musical genius. Includes live performances of Rehab, Valerie, Back to Black and more.