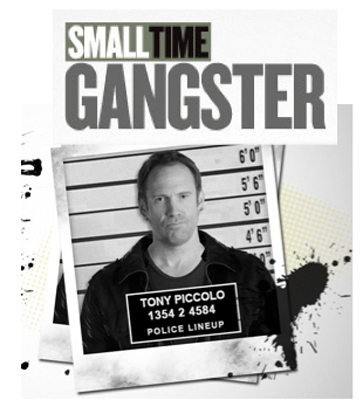 Unbeknown to his wife and kids (who think he's a carpet cleaner), Tony Piccolo (Le Marquand) is an underworld enforcer, a veteran standover man and the best in the business.

His problems begin when he accidentally kills a friend from his criminal family. He suffers a major identity-crisis and if word hits the street, he's a dead man. Tony decides he needs to get out. But it's not that easy. When you literally know where the bodies are buried, upper management doesn't take kindly to early retirement…They favour a more permanent redundancy package. To survive in this criminal world, Tony's going to have to be very careful - and he's going to need more bullets.