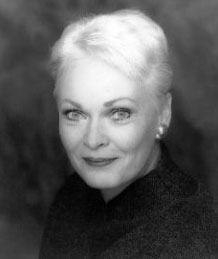 One of the best loved and most recognisable stars in the Australian TV and entertainment industry, Rowena Wallace, is the latest recruit on WildlyWealthyWomen.com's Millionaire Mentoring program. Wallace who has had a career spanning 40 years including major roles in series ranging from Division 4, Prisoner, Number 96 and the mini series Power Without Glory to the Logie award winning 'Pat the Rat' Hamilton in Sons and Daughters, joined over 320 "Wildly Wealthy Women" at the Manly Pacific in Sydney last weekend for the second of their live "Wicked Weekend" events for 2005, which is part of a nine month mentoring program.

Wallace, who was most recently the star of Channel Nine's health and lifestyle program Celebrity Overhaul and lost 5.5 kilos battling physical setbacks to tackle each challenge with grace, courage and dignity, has now decided to tackle her financial future.

"We are very excited to welcome Rowena onto the program. The Millionaire Mentoring program will teach Rowena, among other things, how to become a successful property investor, how to create multiple streams of income doing what you love, how to keep more of the money you earn, how to attract more wealth into you life and how to ensure the assets and savings you do have are secure and fully protected," says co-founder and co-director of the company, Sandy Forster.

"If Rowena takes the strategies she learns in our program, she's sure to see a huge change in her financial position. Our program isn't just about creating wealth though. The strategies we teach will also help her create a lifestyle around what it is she loves and gain more satisfaction out of life," says Forster.

In its second year, the organisation behind the program, WildlyWealthyWomen.com, has already assisted hundreds of women throughout New Zealand and Australia to create the wealth they desire - anything from getting out of debt to buying their first house, to buying their first investment property, to expanding their existing portfolio to becoming net worth millionaires.

"It [the weekend] was an absolute eye-opener for me," says Wallace. "I had no idea that there was anything like this program operating. I think it is one of the most dynamic and relevant organisations that I have come across because it encourages women who are seeking the same things to come together, then keep in contact, and that support, as well as the knowledge you learn, produces the feeling of positivity and a "can do" spirit. You have access to experts in the fields of things like property investment, share-trading, asset protection, tax and wealth mindsets and that is wonderful too. In fact I think the program is 'worth its weight in wealth'. It's changed my outlook from a person who was not interested in looking after her future into someone who sees it's possible to 'do' and wants to 'do' and that is quite a turn around," says Wallace.

With a career spanning 40 years including major roles in series ranging from Division 4, Prisoner , Number 96 and the mini series Power Without Glory to the Logie award winning 'Pat the Rat' Hamilton in Sons and Daughters, Rowena Wallace is one of the best loved and most recognizable stars in the Australian TV and entertainment industry.

Rowena moved with her family from England to Brisbane at the age of twelve where her mother took her to dancing lessons and later persuaded her to join a theatre company to overcome her shyness. She joined television in Brisbane and at the age of nineteen was diagnosed with Scoliosis (curvature of the spine) a condition which has plagued her ever since.

Renowned for her intelligence, candour and down to earth nature, Rowena's 2005 appearance on Channel Nine's health and lifestyle program Celebrity Overhaul endeared her to legions of new fans as she battled physical setbacks to tackle each challenge with grace, courage and dignity.

Rowena is a patron of the Scoliosis association with her public profile continuing to give hope to fellow sufferers throughout Australia.