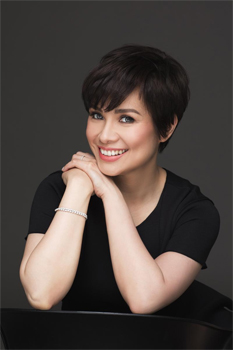 'I am so thrilled to be returning to Australia and performing at the iconic Sydney Opera House! This truly is a dream come true and to be working with the fifty-piece Sydney Symphony Orchestra and Orchestra Victoria makes it that much more special. I can't wait to see all my Australian fans and share a night of some of my favorite music with them." commented Lea Salonga.

In Australia, Lea will wow audiences with Broadway hits and movie greats including hit songs from Les Misérables, Miss Saigon, West Side Story, Aladdin, Mulan, Frozen and A Little Night Music amongst others. Her vocal prowess will be matched by ultimate bands, Sydney Symphony Orchestra in Sydney and Orchestra Victoria in Melbourne.

With leading roles in London's West End and on Broadway including Les Misérables and Miss Saigon Lea Salonga is known across the world for her powerful voice and perfect pitch. She was also made a -Disney Legend' having been the singing voice of two Disney Princesses – Aladdin's -Princess Jasmine' and the title role in Mulan.

Lea Salonga began her career as a child star in the Philippines in a production of the The King and I in 1978 and at the age of 10 she recorded her first album. She got her first big international break when Cameron Mackintosh cast her as Kim in the hugely successful musical Miss Saigon in 1989. She has starred in Les Misérables as Éponine and as Fantine at different times as well as starring in musicals such as Cats, Grease and Into the Woods all around the world. Most recently Lea was seen in the musical Allegiance on Broadway and as a judge on The Voice Philippines. She is currently starring as a judge on the third season of The Voice Kids in the Philippines.

LEA SALONGA WITH THE SSO

TICKETS FOR BOTH CITIES CAN ALSO BE PURCHASED AT TICKETMASTER