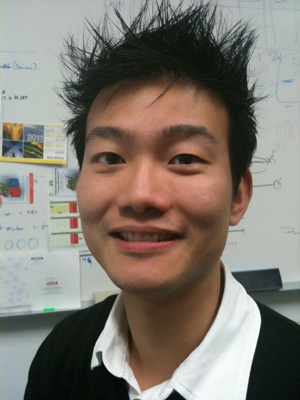 Dermatologists say they are seeing increasing numbers of allergic reactions to mobile phones.
US dermatologists warn that 'cellular phone dermatitis" is an emerging problem, especially among adolescents, and that they believe it is likely to be more common than reported.

They have described five adolescents, aged 12-18, who developed either eczema like rashes or lesions over their ears, cheeks and chin on one side of the face after regular use of a mobile phone.

Four of the patients had a history of nickel dermatitis and all had mobile phones which tested positive for nickel, the dermatologists wrote in Pediatric Dermatology.

In one case, a 12-year-old boy with a history of atopic dermatitis and nickel allergy had itchy spots on the right side of the face and neck.

The dermatologists said a distinct eczema-like plaque had appeared on his right cheek, corresponding to the wireless Bluetooth headset for his mobile phone, which later tested positive for nickel.

His dermatitis improved when he stopped using the headset and treatment the area with an anti-inflammatory cream.

The dermatologists said nickel allergy – named contact allergen of the year for 2008 by the American Contact Dermatitis Society – occurred frequently and was rising in incidence.

They were aware of 26 cases of mobile phone dermatitis being reported, caused by allergic contact dermatitis to either nickel or chromate.

Question: Are you surprised that dermatologists are seeing an increase in the number of allergic reactions to mobile phones?

Jeff Chan: We must remember that it is the metal nickel in the mobile that is causing the mobile phone allergies. It is not clear why there is an increased allergic reactions to nickel in phones. Is it because more kids are using phones regularly, is it because there is now more nickel in phone or is it simply because more cases are now being reported. Until the underlying reason is found, we can only take this finding at its face value.


Question: How can we prevent this condition affect Australians further?

Jeff Chan: The study that we reported on ItsMyHealth.com.au is a US based study. Although there are cases of nickel allergies in Australia, so far no similar phone related allergies have been reported. Since the reported phone allergy is really in fact caused by nickel, people who are known to be allergic to nickel should be mindful when handling their phones.


Question: What are the symptoms of cellular phone dermatitis?

Jeff Chan: As reported in the US study, the people presented with this condition had symptoms ranging from eczema to a patch of pimples on the area where the phone was held on the face.

Jeff Chan: As dermatitis can vary from one case to another the best is to visit a GP, who should be able to provide you the most appropriate treatment based on your consultation. Dermatitis can be treated with a steroid cream to reduce inflammation and itchiness.