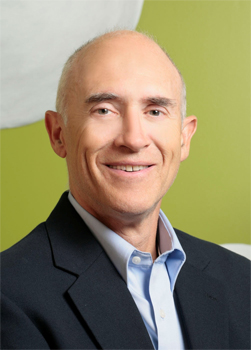 According to a recent survey 75% of Australians don't know what omega-3s are, which could explain why Australia has one of the lowest global EPA+DHA statuses. These are the long-chain omega-3 fatty acids which the body can't produce itself but are found in oily fish and some seafood.

Given that a low omega-3 level in the blood is now recognised to be a risk factor for cardiovascular disease as well as a variety of neurocognitive and developmental disorders, could a simple finger-prick test help Australian's TEST their omega-3 (EPA+DHA) levels, TREAT to a healthy target, and then TRACK their levels over time to reduce their health risks? The Omega-3 Index Test is fast emerging as the best option for consumers to measure their omega-3 status.

Question: What are omega-3s?

Typical western diets contain sufficient amounts of omega-6, but are now known to be low in the omega-3s. The two most important omega-3s that we need to eat are called eicosapentaenoic acid (eye-KO-suh-PENTA-ene-oic) and docosahexaenoic (dough-KO-suh-HEXA-ene-oic) acids. Thankfully abbreviated EPA and DHA. Where we get them in the diet is described below. 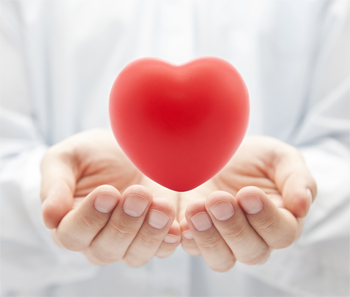 Question: Why are omega-3s so important when it comes to our health?

Dr Bill Harris: Every fatty acid is 'important to health." The reason for the current focus on the omega-3s is that we are not getting enough of them in our diets, therefore our tissues are running on -low'. Much like oil in an engine, the right levels of omega-3s in our tissues keep our cells running smoothly and not generating too much 'heat" (or inflammation, in the health context).


Question: Are you surprised that '75% of Australians don't know what omega-3s are"?

Dr Bill Harris: Frankly, yes. After being in the news off and on for the last 30 years, and with fish oils being one of the most popular dietary supplements, it is hard for me to understand how that many people don't know that they are. I suppose it depends on what the other choices were in that question: if the NAMES of the fatty acids were written out, and people didn't recognize 'eicosapentaenoic acid" as being an omega-3, then it's more understandable. If other choices were 'a type of clock" or 'a term for electrical current" or 'healthy components of fish and fish oil" then I don't get it.


Question: How does low omega-3s impact our bodies?

Dr Bill Harris: The area where low levels of omega-3s have been most strongly linked to ill health cardiovascular (primarily heart) disease. Particularly for death from heart disease (as opposed to heart attacks per se, which today are not as powerful a killer as they once were, thanks in part, to improved lifestyles and medical care). There is, however, one kind of heart disease that cannot be helped by better in-hospital care and that is called 'primary cardiac arrest" or 'sudden cardiac death." This is where prevention – not treatment – is the decisive factor, and where low levels of omega-3 in the blood (and therefore the heart), appear to be so important. People with higher levels of omega-3 are much less likely to suffer death from these conditions than people with low levels.

An emerging area where the evidence is only recently beginning to accumulate is in brain health. Whether depression, bipolar disease, ADHD, traumatic brain injury, or dementia/Alzheimer's disease, studies are starting to show that, like for the heart, higher levels of omega-3 afford protection.

Several studies have shown that low omega-3 levels are associated with an overall increased risk for death – total mortality from any cause, not just heart disease. This is probably because the omega-3 fatty acids play important roles in all cells of the body and help them all maintain better health – and death is the most extreme indication of non-health!


Question: What is the Omega-3 Index Test?


Question: Why should the Omega 3 Index be the new number Australian's need to know? ?

Dr Bill Harris: The Omega-3 Index is also an 'actionable" risk factor, i.e., you can DO something about it. You can do nothing about some risk factors for heart disease like family history (genes), or age, or being a male, and for others like blood pressure, diabetes, high cholesterol, drugs are often needed to control them. But the Omega-3 Index can by -fixed' by simple dietary changes and/or taking omega-3 supplements.


Question: What symptoms are associated with low EPA+DHA statuses? ?

Dr Bill Harris: Having a low omega-3 Index does not 'hurt", nor are there any obvious symptoms related to an insufficient level of omega-3. This is precisely like the situation with a high cholesterol level – it does not hurt and you cannot feel it, but it does place you at higher risk for diseases compared higher levels. These are risk factors that are silent until measured. 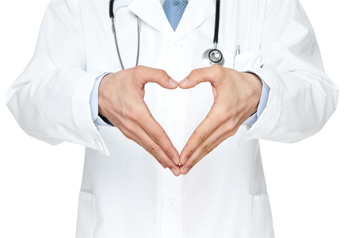 Question: How can we ensure we are getting enough omega-3s? ?

Dr Bill Harris: In order to achieve and maintain an Omega-3 Index of 8%-12%, it generally requires the daily intake of between 500 and 1000 mg of EPA+DHA (although differences in genetics, body weight, other dietary factors, smoking habits, etc. make it almost impossible predict what any given person requires. To meet this intake usually requires the regular consumption of 'oily" fish like salmon, sardines, herring, and albacore tuna.

A single serving of these types of fish typically contains this amount of EPA+DHA or more. Some cultures in the world have diets that regularly provide this much omega-3 (Japan, for example), but most 'Western" cultures (diets) don't come close to this level of intake. In the USA, for example, the average EPA+DHA intake is around 150 mg per day, but the majority of people don't eat any (i.e., the median intake is around 0). In Australia, average intakes are around 200 mg/day, and median intakes are about 200 mg/day.

Although (some) fish are very good sources of EPA and DHA, most are relatively low in omega-3, including many of the more popular types – shrimp (true, not a fish but a -seafood'), cod, Pollack, catfish, bass, walleye, perch and tilapia. These are still recommended as good sources of quality protein and trace minerals that are low in calories, and they are still preferred to high-fat cuts of beef, pork and processed meats. Nevertheless, they are relatively poor sources of EPA+DHA.


Question: Is a supplement required to adequately receive enough omega-3s? ?

Dr Bill Harris: At times, yes. The most common way in Western countries to achieve 500-1000 mg of EPA+DHA per day is to take an omega-3 supplement. There are many varieties, but they may be generally broken down into 3 categories by original source: fish, krill or algae. All three types can provide significant amounts of EPA+DHA, and they constitute the surest way to guarantee optimal intakes.

Remember to always check with your healthcare practitioner to ensure that a supplement is right for you before adding to your diet.