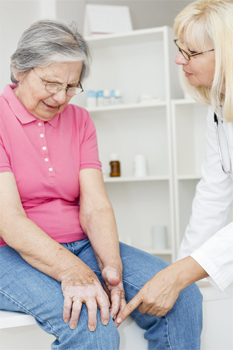 Maxine Chavasse couldn't wait any longer for her knee replacement. 'I'd managed to delay the surgery for about 12 months," she says. 'But I was on my feet all day at work and my knee got down to bone-on-bone".

'The pain was unbearable," the 62 year-old recalls. 'I put it down to all the hockey, basketball and softball I played as a child. I think basically that wear and tear caught up with me. The knee had worn out."

Mrs Chavasse is among a growing number of women requiring knee replacements. In fact, according to claims from leading not-for-profit health insurer, Defence Health, women are almost twice as likely to need a knee replacement than men.

"I think most people would assume that men require more knee replacements than women because of the sports they played when they were younger or because of the trades and manual labour they're employed in." said Defence Health CEO, Gerard Fogarty.

"Arthritis is still the leading cause of joint replacements and because women have higher rates of arthritis, we are finding that 65 per cent of knee replacement surgeries are performed on women."

Chavasse says that of the numerous patients she met in her rehab program, the majority were nurses. 'I was expecting builders and landscapers," she laughs. 'But no, they were all nurses."

Mr Fogarty said that what's more worrying is the average age for a knee replacement (in both men and women) had dropped from 60 to 54 in the past two years. "We don't really know why but it could be our sedentary lifestyle or people carrying more weight which puts additional strain on joints such as the knees.

"Another explanation is that as a nation we are more active and participate in high intensity exercise resulting in more tears and injuries to the knee cartilage. But on the flipside, arthritis is becoming more common in younger people due to rising rates of obesity. Being overweight by five kilograms can add an additional 15 to 30 kilograms extra pressure on your knees with each step. So again, it all comes down to being mindful of what we are putting our bodies through," he said.

Mr Fogarty said the average cost of a knee replacement was just under $17,000 ($16,772). "A replacement currently lasts around 10 years so the younger you are the more replacements you will need. Our data shows that in 2013 only 3 per cent of under 35-year-olds claimed a knee replacement. That figure is now 14 per cent!"

Mrs Chavasse says that whenever the time comes for surgery, it's important to have a good surgeon who's prepared to work with you.

'You should have a clear and realistic expectation for your recovery because you're not going to come out like a teenager," she says.

'Thankfully, I've had an excellent recovery. My goal was to walk without pain and that's what I'm doing. Hydrotherapy was a different type of exercise and it worked really well for me. I lost 30 kilograms and the dog now gets walked twice a day!"

David Bergin, Physiotherapist at Remedy Healthcare, a service provider to Defence Health, says: 'The best way to minimise health issues is to maintain a healthy weight and exercise. If aerobic exercises aren't for you, hydrotherapy can be an excellent alternative. Increasingly research is showing that leg strengthening exercises prescribed by a physiotherapist can greatly reduce your chances of suffering joint pain. The good news is that strength exercises completed three or four times a week can improve your arthritic knee condition sufficiently to delay or avoid a joint replacement."

Defence Health is a not-for-profit health fund that has been caring for Australians in the Defence community for more than 60 years. 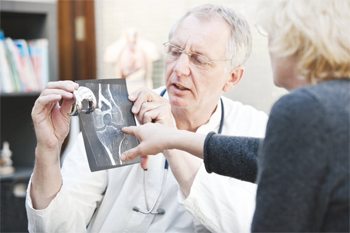 Question: What inspired this research?

Gerard Fogarty: Defence Health captures data on all hospital claims from our members. This helps us spot trends and makes it easier for us to predict what treatments our members may need in the future - this can help us recommend certain programs to prevent hospitalisation and to benefit the member.


Question: What did you find surprising about the research conducted from private health insurer Defence Health?

Gerard Fogarty: The biggest shock was the spike in under 35-year-olds claiming for knee replacement surgeries (up from 3% to 14% in three years). This is something that we will monitor to see if the trend continues.


Question: Why are replacement knee surgeries are occurring more often than in the past?

Gerard Fogarty: It could be our more sedentary nature and the rise of obesity or on the flip side it could be high intensity exercise adding excess pressure to our knees.


Question: What are the common causes of replacement knee surgeries?

Gerard Fogarty: Osteoarthritis is by far the most common cause of knee replacement surgery.


Question: And, why are replacement knee surgeries more common in women than men?

Gerard Fogarty: There could be many reasons for this. For starters, we know that because of the biological makeup of the female human body women are more susceptible to arthritis. Furthermore, women often get into health and fitness trends more than men and sometimes these trends are not completely agreeable to their biological makeup. The way women naturally jump, land, and turn puts more strain on their ACL in comparison to men. Research shows that women have a two- to eight-times higher risk for ACL tears than men. Therefore, women need to do more conditioning exercises to complement high impact exercise activities such as running, netball, tennis, hockey and the like. One could conclude that the difference in knee surgery claims between men and women could be attributed to women's increased susceptibility to arthritis and simply the fact that the male body is predisposed to sustain greater physical stress.


Question: What is the average age of replacement knee surgeries?

Gerard Fogarty: According to the research we conducted into Defence Health's claims data the average age of persons admitted for knee replacements in 2015 was 54.4 years of age. Defence Health has over 120,000 memberships and covers over 235,000 people. The research findings were obtained from analysing the claims made by all Defence Health members for knee surgeries specifically, which provides a snapshot indicative of the nation as a whole. The data also showed that the average age of knee replacement surgeries has decreased from 60 years of age in 2013. 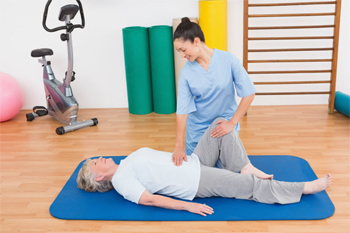 Question: Why has the average age of knee surgery decreased significantly?

Gerard Fogarty: As previously detailed there is no one answer. It could be a result of, on the one hand, a rise in obesity or, on the other hand, a rise in physical activity trends that put more stress on the body and lead to joint injuries.

As trauma to a joint is a risk factor for osteoarthritis one reason for the rise in osteoarthritis in middle age could be that more people are active and involved in high-intensity sports, putting them at increased risk for knee injuries like tears to the meniscus (the knee cartilage that cushions the joint) or damage to the joint surface itself. These injuries, and often the surgery to repair them, are linked to an increased risk for arthritis at a young age that may result in knee surgery. On the other side of the equation, arthritis is becoming more common in younger people who are obese because of the extra load on their knee joints. Being overweight by 5 kilograms can put roughly an extra 15 to 30 kilograms of pressure on your knees with each step.

Gerard Fogarty: There is little research in to how pregnancy affects the knees however, as we know that being overweight can increase the likelihood of arthritis due to the extra strain it puts on the joints, it would not be presumptuous to assume that doing too much weight bearing physical activity whilst pregnant would have similar effects. This is why low or non-weight bearing activities are more highly recommended during pregnancy.


Question: How does arthritis affect the knees?


Question: How can we protect our knees when exercising?

Gerard Fogarty: Leg strengthening exercises have been shown in many studies to ease the pain from osteoarthritis and improve people's mobility, often allowing them to delay the need for joint replacement. If you regularly participate in high impact physical activities, have arthritis or have a family history of osteoarthritis it is recommendable to obtain a leg strengthening program from a physio to delay or prevent the likelihood injury or reduce the severity of arthritic symptoms.

Furthermore, for better arthritis management and prevention, there are many treatment services that Defence Health members can claim on such as physio, osteo and remedial massage.