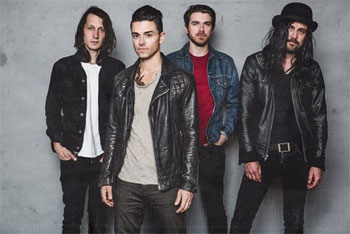 What was originally born as a solo side project for musician Chris Carrabba, Dashboard Confessional quickly grew to become one of alternative rocks defining standouts. The debut album, -The Swiss Army Romance', became the soundtrack to a generation, with its heartfelt poetics resonating with fans who found solace in Carrabba's sensitive yearnings and fearless honesty.

Dashboard Confessional return down under for the first time in 5 years. These are shows you don't want to miss!