Kristen Carroll Wiig (; born August 22, 1973) is an American actress, comedian, writer, and producer. She is known for her work on the NBC sketch comedy series Saturday Night Live (2005–12), and such films as Bridesmaids, The Martian, and Ghostbusters.

Wiig was born in Canandaigua, New York, and raised in Lancaster, Pennsylvania, and Rochester, New York. Wiig attended the University of Arizona, where she majored in fine art. She later relocated to Los Angeles, where she broke into comedy as a member of the improvisational comedy troupe The Groundlings and made her television debut in 2003. Wiig joined the cast of Saturday Night Live in 2005, and the following year, she co-starred in the Christmas comedy film Unaccompanied Minors. After appearing in a series of supporting roles in comedy films such as Adventureland, Whip It, and Paul, she starred in and co-wrote the screenplay for Bridesmaids, which was both critically and commercially successful.

Wiig has received eight Emmy Award nominations and has been nominated for an Annie Award for Voice Acting in a Feature Production for her work on Despicable Me 2. In 2012, Bridesmaids earned her a Golden Globe Award nomination for Best Actress – Musical or Comedy, as well as nominations for the Academy Award and BAFTA for Best Original Screenplay and a SAG Award nomination for Outstanding Performance by a Cast. She was also nominated for a Primetime Emmy Award for Outstanding Lead Actress in a Miniseries or a Movie for her role as Cynthia Morehouse in the miniseries The Spoils of Babylon. She is set to play the villain Cheetah in the Wonder Woman sequel for the DC Extended Universe.

In her 2005 debut on "SNL," Kristen Wiig was an instant hit with memorable impressions of Judy Garland, Drew... 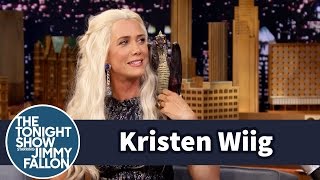 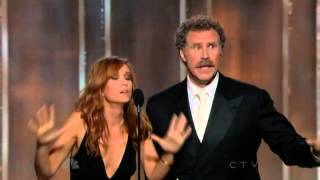 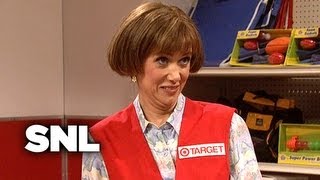