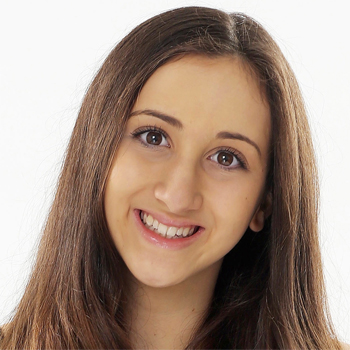 Alexa Curtis from Team Delta, the 10-year-old girl with the big voice, was last night voted the winner of the first season of The Voice Kids Australia.

Alexa wowed the Coaches during her Blind Audition with her rendition of Girl on Fire by Alicia Keys. With a voice that far exceeds her young age, Alexa made all four Coaches – Mel B, Delta Goodrem, and Joel and Benji Madden of Team Madden – turn their chairs. Alexa gave a memorable and stunning performance of Colours of the Wind by Vanessa Williams last night which allowed her to win the three-way public vote in the Grand Finale.

Alexa beat Bella from Team Madden and Maddison from Team Mel to take a $50,000 music scholarship and the coveted title of The Voice Kids Australia winner. She is also features on -The Voice Kids' compilation and will join fellow contestants Bella, Maddison, Ethan, Chris and Robbie for special school holiday events in September, along with special guest Harrison Craig.

The Voice Kids has completely captivated audiences across Australia with some of Australia's best young talent between the ages of 8 and 14 being showcased under the watchful eyes of their superstar coaches Benji & Joel Madden, Mel B and Delta Goodrem.

Fans in Sydney, Newcastle, Canberra and Melbourne who wish to get up close to their favourite contestants from the show and see them perform live will have the opportunity via -The Voice Kids, The Concert' September school holiday tour dates. It's a concert line-up with a little something for everyone, showcasing the incredible vocal talents of winner Alexa, Victorian powerhouse Bella, Brisbane's Maddison, Geelong-based charmer Ethan, Sydney-sider Chris and Perth favourite Robbie. Joining the tour in their home states are special guest performers Ruhi (Sydney) and Grace (Melbourne), to ensure the most memorable evening! Tickets are on sale now.

There will be a very special host at each of these shows, with the hugely popular and very successful winner of The Voice 2013, Harrison Craig, joining the tour. After winning The Voice in 2013, Harrison Craig's debut album -More Than A Dream' flew into the #1 iTunes chart position within hours; and then took out the top spot on the ARIA album chart after only just 3 days of sales. More Than A Dream went on to achieve Platinum sales success, with Harrison having already notched up eight top 5 iTunes singles, including four #1 iTunes singles from his performances on the hit TV show. His latest album -L.O.V.E' has already been certified Gold and held in the top 10 of the ARIA Albums Chart for five weeks following release.

Fans in other states may not get to see their favourites performing live this time around, but they will be able to get their hands on a copy The Voice Kids compilation. The Top 6 finalists from the show will be showcased on this very special release, which is out today. The compilation features favourite tracks performed by each of the Top 6 throughout the show, including Alexa's show-winning rendition of -Colours of the Wind' as the album's lead track as well as her stunning version of -Girl On Fire', the track which kicked off her journey. Also included on the compilation are -Diamonds' by Maddison Brooke, -Let It Go' by Bella Yoseski and many more (full track listing below). This is the first time that full studio recordings of these fan favorites have been made available.

The Voice Kids The Concert Dates

For more information and to purchase tickets, please go to: http://thevoicekidsaustralia.com/ 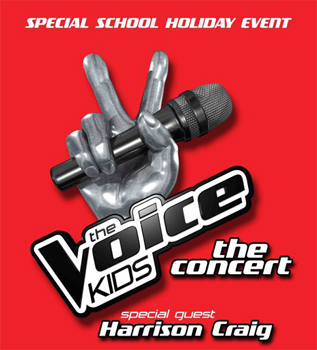 Question: What inspired you to audition for The Voice Kids Australia?

Maddison Brooke: As soon as I heard about The Voice Kids auditions, I thought here is my chance to do what I love most..Sing!


Question: Why did you want to be on Mel B's team?

Maddison Brooke: I liked Mel's firm but fair approach, she is incredibly honest and caring..what you see is what you get and I respect her for that.


Question: What advice did Mel B give you, during the show?

Maddison Brooke: Never doubt myself and to always give my best performance.


Question: What was your favourite song you sang on The Voice Kids Australia?

Maddison Brooke: I loved performing Fighter, it's such a powerful song..the whole production with the dancers and costumes took it to another level.


Question: What are you looking forward to most regarding The Voice Kids The Concert?

Maddison Brooke: I'm looking forward to singing and meeting all the fans and supporters of The Voice Kids and reuniting with the other performers from the show..can't wait to sing with them again.


Question: What songs will you be singing at the concert?

Maddison Brooke: I will sing most of the songs I sang on The Voice Kids and a couple of surprise songs I'm sure everyone will know and love!


Question: What was it like recording two tracks for the The Voice Kids compilation?

Maddison Brooke: It's really a dream come true..the experience and time spent recording in the studio was unbelievable.


Question: What do you enjoy most about the songs Diamonds and Fighter?

Maddison Brooke: I love the emotional connection with Diamonds..the lyrics are beautiful.."Shine Bright Like a Diamond" Fighter was incredible to sing, it's a song of strength, resilience, belief and forgiveness to be able to succeed in something you believe in, no matter who or what stands in your way.

Full Name: Maddison Brooke Milewski
Nickname(s): Maddi
Star Sign: Gemini
Favourite Food: Fruit and Vegetables
Favourite Film: The Other Woman or Bridesmaids
Favourite Actor: Kristen Wiig
Person You Would Most Like to Meet: Ariana Grande or Beyonce
Hobbies/Interests: Surfing with my Dad
What Can You Never Leave Home Without: My phone or lipstick
What is the first thing you think of when you wake up in the morning: I NEED TO SLEEP LONGER!!