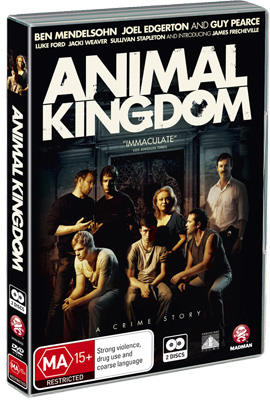 When J finds himself at the centre of a cold-blooded revenge plot and with only a family in tatters to turn to, he is thrown directly into the path of senior homicide detective, Nathan Leckie (Guy Pearce) and is forced to choose his place in this brutal life inside the animal kingdom. Will he be one of the strong ones, or will he be one of the weak ones?