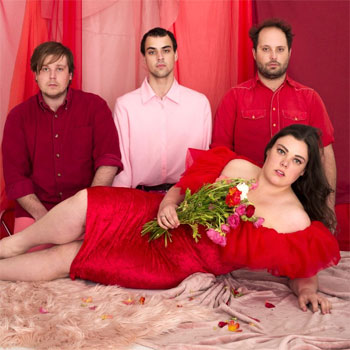 Founded in 1992, Chapter is one of Australia's longest running and best loved independent record labels. Its catalogue of almost 150 releases includes artists like Twerps, Dick Diver, Laura Jean, NO ZU, The Goon Sax and Beaches. Tone Deaf have called Chapter "almost unequivocably the most treasured record label in Australia", while Rolling Stone called them "one of Australia's most enduring and popular independent labels." Chapter Music is distributed worldwide via the Secretly Canadian Distribution.

Driven by the gorgeous voice and songwriting of Elizabeth Mitchell, alongside Zachary Schneider's molten guitar heroics, Totally Mild's 2015 debut Down Time (released by Bedroom Suck in Australia and Fire Records in the UK) was a huge favourite at Chapter HQ. So they are more than honoured to be releasing the band's second album in early 2018. Stay tuned for more details!

Although she plays on the upcoming album, drummer Ashley Bundang has decided to focus on her own musical projects Classic and Pregnancy, so Totally Mild have recruited new drummer Dylan Young (Way Dynamic). Lehmann Smith is, as ever, a solid, supple presence on bass guitar.

Totally Mild will be introducing Melbourne and Sydney audiences to the updated lineup with these newly announced shows in November.