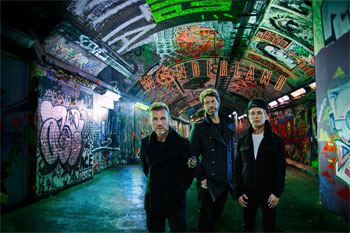 ne of the world's most successful music acts Take That, have announced their first national Australian tour in over 22 years, set to take the country by storm in November 2017. Take That Live 2017 will see Take That performing their greatest hits as well as new music from their recently re- leased album, Wonderland.

Scoring an incredible 56 No. 1 hits and 35 No. 1 albums worldwide, members, Gary Barlow, Howard Donald and Mark Owen will be heading to the Southern Hemisphere this November for a set of spectacular live shows which will feature all of the band's biggest and best hits from the past three decades, much to the delight of devoted Take That fans around the country.

Take That are renowned for their incredible live shows which never fail to excite and surprise their audiences, and Take That Live 2017 will be no exception. Set to be a trip down memory lane for many of their fans, the band will perform some of their most memorable hits including Never Forget, Pray, Back For Good, Relight My Fire, Patience, Greatest Day, The Flood and These Days.

Take That are one of the UK's most successful acts with an enviable career spanning three decades. The band have sold over 8 million concert tickets in their lifetime, setting the record for the fastest selling tour of all time in UK history when 1.34 million tickets were snapped up for their Progress Live Tour in less than 24 hours.

Take That commented 'We're thrilled to be coming back to Australia and New Zealand, and can't wait to perform all the songs our audience know and love."

Don't miss the highly anticipated Take That Live 2017 tour featuring three decades of chart topping global hits from one of the most world renowned musical acts, Take That.

Telstra Thanks is bringing an exciting pre-sale exclusively for Telstra customers from 3pm Monday 10th April 2017. Head to www.telstra.com/takethat for more details on how to purchase.

Tickets will be available to the general public at www.ticketek.com.au from 9am Thursday 13th April 2017.

For ticketing information, head to www.ticketek.com.au. 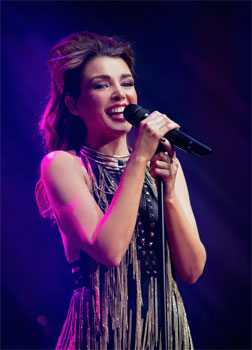 UK pop group Take That has announced today that Australian pop star Dannii Minogue will be joining the band on tour as special guest on their Take That Live 2017 tour of Australia in November, presented by TEG Live, performing her greatest hits with her live band.

Dannii Minogue is one of Australia's most loved entertainers, many of us having grown up watching her on our television screens from performing on Young Talent Time to mentoring new acts on The X factor.

Dannii launched a successful music career in the early 1990's with multiple hit singles both in Australia and across Europe with 14 No. 1 hits on the UK club charts and 13 UK top 20 hits, among them This Is It, Put the Needle On It, I Begin to Wonder, Who Do You Love Now? and All I Wanna Do.  By the early 2000's Dannii Minogue was the best performing artist on the UK Dance Charts and named Queen of the Clubs.

Both Dannii and Gary Barlow have previously served as judges on The X Factor in the UK and more recently Dannii joined forces with Gary on the judging panel of Gary Barlow's BBC One talent show Let It Shine.

Take That said: 'We're thrilled to have Dannii on tour with us.  She is a force to be reckoned with and having her on the tour makes it extra special.  We can't wait to come to Australia and tour with her.

Dannii Minogue said:    'I remember Take That from their very first days starting off and have loved watching their musical journey over the last 26 years.  I love performing my hits with a live band and there are plenty of mash-ups in store. I have toured throughout Europe for years but this is the first time I've done a national tour in Australia performing my music.  I can't wait to get back on stage with my band – expect some big anthems and a trip down memory lane!"