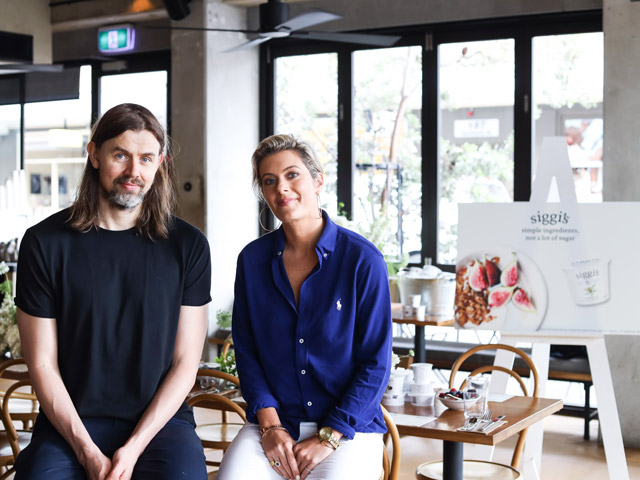 The Icelandic Diet Is One of the Healthiest in the World

The yoghurt market in Australia is set to be transformed forever with the launch of siggi's – a new line of Icelandic skyr yoghurt which is made from simple ingredients with not a lot of sugar and naturally high in protein. Skyr is as traditional to Iceland as pavlova is to Australia, and founder and Icelandic native, Siggi Hilmarsson, is excited to be sharing his favourite childhood hometown food with Australians.

Created using an Icelandic technique which dates back over 1,000 years (and is believed to have been pioneered by the Vikings), siggi's is made using fresh milk sourced from Australian farms. siggi's prides itself on creating yoghurt that is different to many mainstream varieties and with no preservatives, thickeners, artificial sweeteners, artificial flavours or artificial colours. The result is a deliciously thick and creamy yoghurt which has not a lot of sugar and naturally high in protein.

Siggi Hilmarsson began siggi's 2004 while he was living in the United States. He found the local yoghurts were too sweet and artificial for his liking and he was homesick for skyr - a staple of his childhood diet from his native Iceland.

Siggi's mother sent him a traditional skyr recipe and he started making his own from his small New York City apartment kitchen. After some trial and error, Siggi had perfected his technique, and the skyr yoghurt started to taste quite delicious. He quit his day job and moved his humble skyr operation from his home kitchen to a full-scale dairy plant.

Siggi Hilmarsson, siggi's founder says, "I was mad about skyr growing up so I'm excited for Australians to discover siggi's and have a little taste of Iceland in their lives. The product embodies the authentic, wholesome nutrition we know Australians value using 100% natural and simple ingredients. The products are also high in protein, so people can feel great about eating siggi's throughout the day. And for those wondering, it's pronounced "skeer"."

Prominent Australian Nutritionist, Rosie Mansfield, says, "The Icelandic diet is one of the healthiest in the world3 and regularly eating skyr is a big part of that. siggi's skyr is taking on the yogurt industry and will be a sure fire hit as it is made from simple ingredients, has a low fat option, is high in protein, calcium and has not a lot of sugar. siggi's is the perfect nourishing snack and I would recommend it for people looking to easily slip quality nutrition into their meals. I love siggi's on its own or as a substitute for sour cream, mayonnaise or cream cheese in my favourite recipes."

siggi's is available in Woolworths with an RRP of $2.49. Visit www.woolworths.com.au/shop/discover/siggis to shop 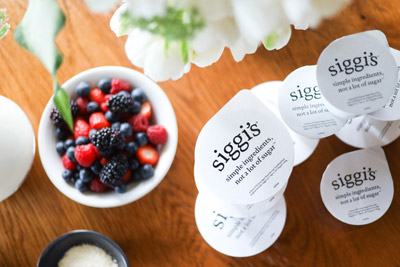 Question: What are you enjoying most about the siggi's Icelandic skyr yoghurt range?

Rosie Mansfield: I love that siggi's is so versatile. I've been eating it straight from the tub with some fruit on top, and I've been using the plain variety in savoury dishes as a substitute for sour cream or mayonnaise. I love the variety of flavours and have really been enjoying the raspberry, passionfruit and mixed berry flavours!


Question: What is skyr?

Rosie Mansfield: Skyr is the traditional yogurt of Iceland that has been a diet staple for more than 1,000 years and is thought to have originated from Vikings! It is a yoghurt made from cow's milk that, traditionally, is made from the skim milk after the cream has been floated off to make butter. Like milk, regular yoghurt is mostly water, but with skyr, that water is removed which concentrates the milk. One cup of siggi's skyr requires 2.5 times more milk than a regular cup of yoghurt.


Question: Why is skyr so healthy?

Rosie Mansfield: One cup of siggi's skyr requires 2.5 times more milk than a regular cup of yoghurt. Like milk, regular yoghurt is mostly water, but with skyr, that water is removed which concentrates the milk. Due to this traditional technique of using more than double the amount of milk needed for an average yogurt, means we get a far heftier nutrition punch with considerably more protein and calcium. It doesn't stop there, as it also has a lot less sugar (up to 25% less) than mainstream yoghurts with very simple ingredients – the plain variety only has four ingredients!


Question: Why do you believe the Icelandic diet is one of the healthiest in the world?

Rosie Mansfield: The Icelandic diet combines all the food principles that we know make sustainable and healthy food choices. It's typically high in omega 3, high in protein and low in sugar and processed food. Research has also been conducted around the claim, and the 2019 edition of the Bloomberg Healthiest Country Index, ranked Iceland number 3 out of 169, after Spain and Italy.


Question: What are the main foods included in typical Icelandic diets?

Rosie Mansfield: Icelanders eat a lot of fish including salmon and cod, which are high in omega 3. Skyr also makes up a big part of the diet, and the low fat, high protein, high calcium yogurt is a staple of Icelanders.


Question: How can we start eating a more Icelandic diet, now?

Rosie Mansfield: Start to incorporate foods high in omega 3, like fish, as well as skyr. Cut out processed foods and sugary snacks and drinks. The good news is you don't have to travel all the way to Iceland to sample some skyr! siggi's skyr is now available at Woolworths in the yoghurt aisle and contains simple ingredients and not a lot of sugar (At least 25% less sugar than the top three leading fruit yoghurt brands: siggi's at 7-9g per vs 10-16g per 100g) - it's a great option for people looking to include some quality nutrition in their diets.


Question: How can we begin reducing our sugar intake, today?

Rosie Mansfield: Sugar is it's very addictive as it activates the reward system in our brains, so it's very easy for that post dinner sweet tooth to evolve into a bigger problem over time. Some foods that may surprise you with the amount of excessive and unnecessary sugar are sauces, soups, salad dressings, yoghurts, sports drinks, and juices. An easy way to take back the control of your ingredients is to start cooking at home more with fresh local ingredients. If you enjoy a good slice of cake, try baking your own as shop bought usually has ample more sweetness than needed and most cake recipe sugar amounts can be halved for the same indulgent taste. Experiment in the kitchen and find out for yourself.


Question: What are your favourite sugary swaps?

Rosie Mansfield: The easiest cut is to simply toss out the jar of sugar next to the tea and coffee. Next up our priority is switching any soft drink guzzling for sparking water infused with natural fruit, these beverages are so jam packed full of sugar that we must consider our health (and teeth) every time we reach for a can of addictive sparkly sweet stuff. We now need to become low sugar ingredients hunters, the more products you discover the bigger your shopping list gets. For example, mainstream flavoured yoghurts can have up to 25g of sugar per serving. I swap them for siggi's skyr fruit or vanilla flavours, which are sweetened with real fruit and a touch of cane sugar.