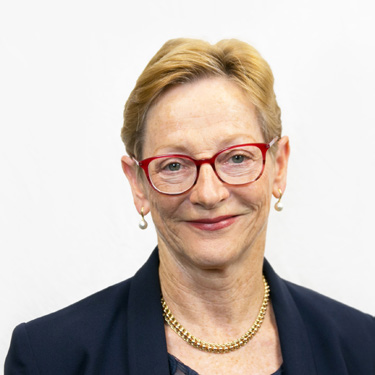 Middle age women have emerged as the newest face of poverty in Australia and the newly appointed high-profile head of the nation's leading feminist organisation, Helen Conway is encouraging young women to advocate on their behalf.

Helen Conway started her position as President and Board Chair of YWCA Australia on July 1.

A former CEO of the Australian Government's Workplace Gender Equality Agency, Ms Conway, said there were many other issues affecting women today including pay inequality and a lack of representation in executive positions, but she felt those issues were being addressed by others.

She has become increasingly concerned about a generation of middle-aged women living in poverty who were "invisible" to government, policy makers and society.

"They are not the obvious face of poverty," Ms Conway said.

"They do not fit a stereotype. These are women who have raised families, had jobs and are battling to get by every day of the week outside of the public eye."

During her time with the Workplace Gender Equality Agency, she was disappointed she wasn't able to deal with the issues affecting this growing group of women. "I see it as a real concern, the disadvantage is so obvious and increasing. We see increasing domestic violence and homelessness, but not enough is being done to structurally address the cause and help turn it around."

Ms Conway wants to encourage young women who are part of the YWCA to be a voice and to advocate for these women.

"Politicians seem not to feel any pressing need to address the issue, so that is something I want YWCA under my leadership to bring into the public arena and address in a tangible way," she said.

"We need to look at what sort of advocacy we can undertake, engage our young members to take up the fight so it results in policies that ensure it is not an issue they will face when they are in their fifties or sixties.

"YWCA has many young, smart and articulate women who can really help shape policy to improve the lives of women of future generations." Ms Conway is looking forward to beginning her new role after previously working pro bono for YWCA.

She has worked extensively as a director, senior executive and lawyer in a range of organisations in commercial, public and not-for-profit sectors and has a long-standing commitment to activities relating to gender equality.

She also has experience as a director in the health, transport, financial services, energy and education sectors and wants to partner with other organisations to deliver the best outcomes for women.

About YWCA Australia
YWCA Australia is a leading intersectional feminist organisation focused on improving gender equality for women, young women and girls. For 140 years, we have challenged the systems, structures and policies that act as barriers to women, especially young women, achieving their full potential.

Our high-impact evidence-based programs and services are inclusive of all women and offer support with housing, homelessness, safety, wellbeing and leadership. We aim to positively impact the lives of more than two million women, young women and girls by the end of 2023.