True blue tour set to rock Australia
Visa cardholders can be among the first to buy tickets to the biggest rock and roll music event to hit Australia in decades, as Powderfinger and Silverchair get set to come to town for their national 'Across the Great Divide' Tour.

Visa cardholders can buy advanced tickets for the tour from 9.00am Monday 2 July to 5.00pm Tuesday 3 July or until tickets sell out at www.visaentertainment.com.au - one week before going on sale to the general public.

In addition, any Visa cardholder that signs up for Visa Entertainment updates before 31 July 2007 will also have the chance to win a 'money can't buy' meet and greet with the guys from Powderfinger and Silverchair.

Every Visa cardholder in Australia is eligible to free membership of Visa Entertainment, which provides special access to more than 20 entertainment partners.

The Across the Great Divide tour will see Powderfinger and Silverchair play in every capital plus 14 regional centres across the nation. The tour kicks off at the Newcastle Entertainment Centre in Silverchair's hometown on August 29 before moving to Powderfinger's hometown, the Brisbane Entertainment Centre, on August 31. From there, the two chart-topping bands will take their show on the road for over two months.

Visa's Across the Great Divide presale is the latest in a host of presale offerings from Visa Entertainment, including The Rolling Stones, Red Hot Chili Peppers, Elton John, INXS, Jamiroquai and Disney on Ice. 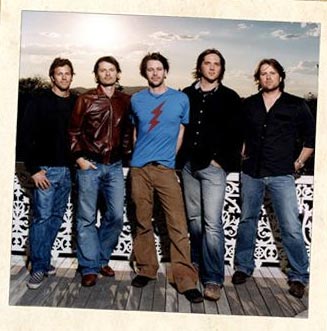 In January 2007, the band re-united and departed Australia for the recording of their sixth studio album in Los Angeles, California, with guitarist Ian Haug citing an "exciting new direction" for their music. On 2 March, Fanning announced on Triple J that the tracking was complete and mixing the album was to follow. Their new album is now out - Dream Days at the Hotel Existance 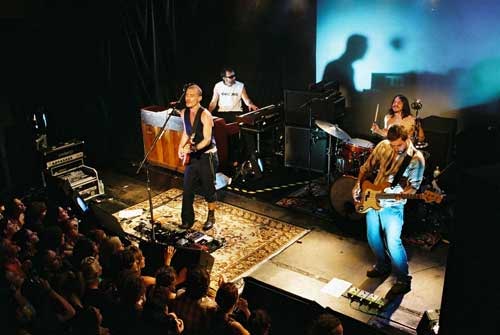