Keith Urban's fragrance Phoenix by Keith Urban is designed by men, for men. The fragrance is light, subtle, but unmistakably masculine, sexy and great for all ages, daytime and evening wear. The Classic Gift Set containing a 30ml EDT (perfect travel size) and 30g Deodorant Stick is great for weekends away, the gym, holidays or just for the glovebox or desk drawer.

Keith Urban has had a huge 12 months with three consecutive number ones, a world tour (Get Closer World Tour) and the launch of his new fragrance. Now he's back in Sydney to film The Voice for the Nine Network as one of the show's coaches, alongside Seal, Delta Goodrem and Joel Madden.

Urban was instrumental in the creation of Phoenix, which is a modern twist on a classic aftershave - rich, leathery, sexy and masculine, and based it on the range of scents he wears.

"We looked at all of the different colognes I actually wear and started to see certain notes that were present in all of them. From there we set about defining what became Phoenix. What I was looking for was a good balance of sensual, spiritual and masculinity, and I think that's what we've achieved".

With top notes of blackberries, cognac and plum the scent then develops into middle notes of rich dark chocolate and crisp fir balsam and finally to base notes of warm cashmere wood. 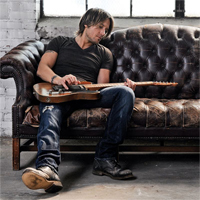 Phoenix by Keith Urban is distributed in Australia by Brandpoint Australia. For stockist and retail enquiries contact Brandpoint 07 5630 1560.