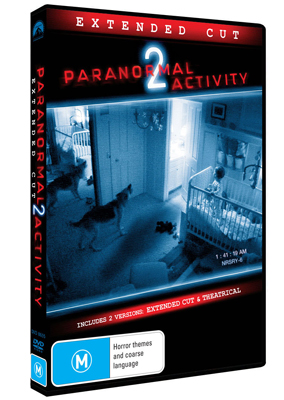 Paranormal Activity 2 solidifies the franchise as the hottest new horror series that has viewers clamoring for more. The chillingly realistic prequel to 2009's horror phenomenon chronicles the frightening days leading up to the events of the original film, marking the return of Katie, Micah and the terrifying and malevolent presence that's torturing them. When Katie's sister Kristi and her husband find their house vandalized after bringing home their new baby, they set up 24-hour surveillance cameras. What unfolds on the footage is far more sinister and shocking than anything they could have imagined.