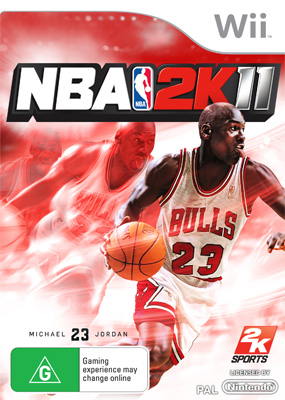 NBA 2K11 is the latest installment in the best selling, and highest rated NBA videogame series. NBA 2K11 is the best way to plug into NBA culture. It's the most fun, authentic NBA videogame experience and is for any sports fan with that competitive fire who wants to play the best NBA simulation on the market. It's the NBA series that everyone is playing - from the most elite NBA athletes and superstars to the local court gym rats. NBA 2K10 delivered on its promise to TAKE OVER, and NBA 2K11 will on build on that momentum by dialing up all of its features - gameplay, AI, presentation, visuals, audio, online and more - to deliver the best basketball videogame experience EVER.