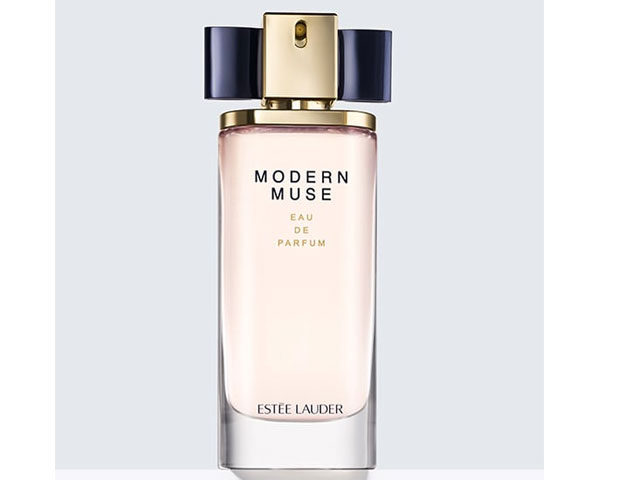 "When Estée Lauder launched the Modern Muse fragrance in 2013, we embraced the idea of women as muses, living life on their own terms, achieving great things and inspiring everyone around them," said Stephane de La Faverie, Global Brand President, Estée Lauder. "Misty has challenged the status quo to achieve her dreams and inspired so many young women along the way. Misty will bring the fragrance concept to life through her unique story."

"Misty is the perfect representation of today's modern muse," said Aerin Lauder, Style and Image Director, Estée Lauder. "She is all about feminine strength, power, dedication and passion, and you see that in what she does every day, whether she is performing or inspiring the next generation of dancers. I think she is a wonderful role model and I am thrilled to welcome her to the Estée Lauder brand."

"I am so honored to represent Estée Lauder Modern Muse," said Misty Copeland. "My two passions are dance and giving back, and I love passing on knowledge to the next generation. I also have a strong connection to the scents I wear when I perform. The Modern Muse campaign is the perfect way to see another side of my story."

The Modern Muse campaign was produced by Estée Lauder's in-house Creative team in collaboration with Spring Studios and director and photographer Pamela Hanson. The campaign includes extensive storytelling around the theme, "What inspires you?" to personalize the Modern Muse concept to Misty, and engage women in conversation across digital and social platforms using the hashtag #BeAnInspiration. Misty is featured in the campaign teaching and inspiring young ballerinas and talking about the importance of connecting with the next generation. The Modern Muse fragrance is a Lush Floral Woody scent that conveys confidence, style and creativity with a modern, youthful attitude, featuring an alluring contrast of sparkling florals and sleek modern woods. Launched in 2013, the Modern Muse scent was inspired by the complexity of a modern woman today.

The Sparkling Jasmine Accord captures her creative energy and magnetic femininity. Exotic Mandarin and tempting Honeysuckle Nectar send a spark of energy through a youthful sensation of Dewy Petals. Two extractions of Jasmine Sambac, including China Absolute, bring luminous texture to the feminine bouquet of rich Tuberose Fleur and Fresh Lily.

The Sleek Woods Accord captures her sleek style, strength and sensuality, expressed through this innovative blend of two Patchouli essences wrapped in the creaminess of Madagascar Vanilla, rich Amber Wood and soft Musk – all of which craft an undeniably sensual finish.

Born in Kansas City, Missouri and raised in San Pedro, California, Misty Copeland is a principal dancer with American Ballet Theatre (ABT), the first African American woman to ever hold this position in the company's history. Misty began her ballet studies at the late age of thirteen. At fifteen, she won first place in the Music Center Spotlight Awards. She studied at the San Francisco Ballet School and American Ballet Theatre's Summer Intensive on full scholarship and was declared ABT's National Coca-Cola Scholar in 2000. Misty joined ABT's Studio Company in September 2000 and American Ballet Theatre in 2001.

In 2008, Misty was honored with the Leonore Annenberg Fellowship in the Arts, a two-year fellowship awarded to young artists who exhibit extraordinary talent. Performing a variety of classical and contemporary roles, in the fall of 2014, she made history as the first black woman to perform the lead role of "Odette/Odile" in American Ballet Theatre's Swan Lake.

Misty has been featured in numerous publications and television programs, including CBS Sunday Morning, 60 Minutes, The Today Show, Vogue, Essence, Glamour, and People Magazine. She was honored with an induction into the Boys & Girls Club National Hall of Fame in May 2012 and received the "Breakthrough Award" from the Council of Urban Professionals in April 2012. She was named National Youth of the Year Ambassador for the Boys & Girls Clubs of America in June 2013. She received the Young, Gifted & Black honor at the 2013 Black Girls Rock! Awards. In 2015, she was named to the Time Magazine 100 Most Influential People list and honored by Glamour Magazine as one of their Women of the Year. Her endorsements, past and present, include Under Armour, Dannon Oikos, SEIKO, Diet Dr. Pepper, COACH, American Express and now Estée Lauder.

Misty's passion is giving back. She has worked with many charitable organizations and is dedicated to giving of her time to work with and mentor young girls and boys. In 2014, President Barack Obama appointed Misty to the President's Council on Fitness, Sports, and Nutrition.

Misty is the author of three books: the New York Times Bestselling memoir, Life in Motion, co-written with award-winning journalist and author Charisse Jones; Ballerina Body, published in March 2017; and a picture book titled Firebird in collaboration with award-winning illustrator and author Christopher Myers. She received an honorary doctorate from the University of Hartford in November 2014 for her contributions to classical ballet and helping to diversify the art form.

Estée Lauder is the flagship brand of The Estée Lauder Companies Inc. Founded by Estée Lauder, one of the world's first female entrepreneurs, the brand today continues her legacy of creating the most innovative, sophisticated, high-performance skincare and makeup products and iconic fragrances – all infused with a deep understanding of women's needs and desires. Today, Estée Lauder engages with women in over 150 countries around the world and at dozens of touch points – from in-store to digital. And each of these relationships consistently reflects Estée's powerful and authentic woman-to-woman point of view.