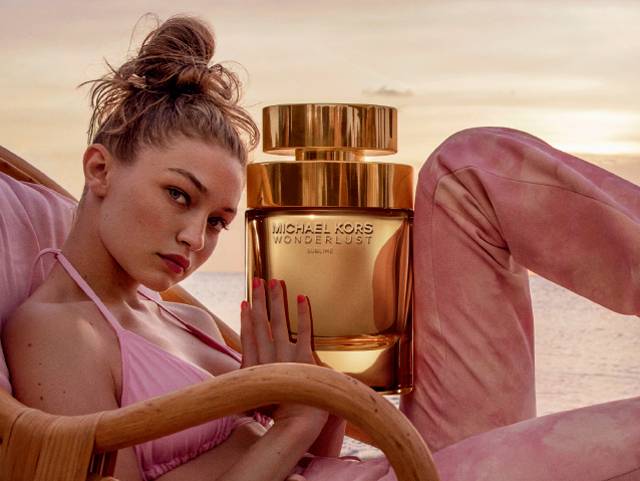 A blend of luxurious blossoms mingled with delectably spiced notes charts a course to far-off destinations, instantly transporting you with each ingredient. Comprising a high concentration of essences, the eau de parfum is a fragrant everyday escape to fuel never-ending exploration.

Transporting jet-setters to the distant shores of an idyllic locale, Michael Kors debuts the new fragrance campaign starring international supermodel Gigi Hadid. Launching Spring 2019, the newest Michael Kors Wonderlust creative is a blue-skied, sun-kissed dream brought to life by Gigi as she indulges in the magic of paradise and its endless possibilities.

"Michael Kors Wonderlust is a vacation in a bottle," says Hadid. "The fragrance is an escape"a little luxury that takes you away. I love the floral notes and the versatility, it carries me from a day at the beach to a night out with friends."

Inspired by Michael Kors' jet-set aesthetic and Gigi's own adventurous spirit, the campaign, shot by Inez & Vinoodh in Turks and Caicos, sees Hadid living in the moment and finding exactly what she craves during an exotic escape. "Gigi fully embodies the Michael Kors Wonderlust spirit," says Michael Kors. "She's curious, spontaneous, light-hearted…everything you want in a travel partner and is the perfect face for this fragrance."