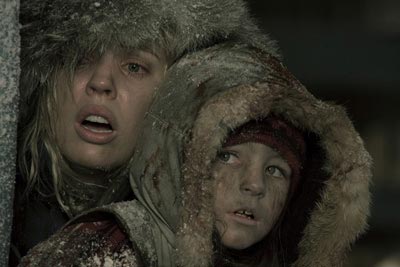 Melissa George longs to have it all. With two films opening a few weeks of each other here in the US, a new TV series on cable beginning in January, and another film about to begin, it seems Melissa George is the busiest Australian actress working in Hollywood.

Yet she lives in Buenos Aries with her husband, director Claudio Dabed, and says she has no problem balancing marriage and career. "So far, it's been good. My husband is doing incredibly well as a filmmaker, comes with me to my locations, so we just sort of balance it. When he makes a movie, I go with him and when I make one, he comes with me" When asked of her aspirations to start a family, she laughingly exclaims "Yes, immediately," adding she has every intention to try and have children, sustain a marriage, and make three or four movies a year. "ou've got to do it, because you can't deny yourself the best thing in life, which is family. But also I don't want to deny myself what makes me the happiest, which is making movies, because I have kids, which would be terrible."

Melissa George shows off very distinct sides of her acting with roles in two disparate films. In the New Zealand-shot Hollywood horror film 30 Days of Night, George plays Stella, an estranged sheriffs wife in a small Alaskan town suddenly being overrun by vampires. Josh Hartnett plays the sheriff in this adaptation of the graphic novel. 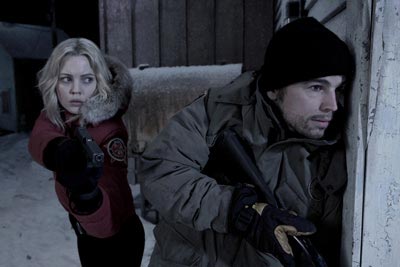 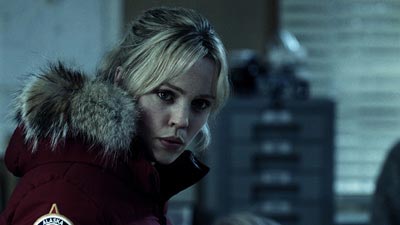 "I wanted her to have an emotional balance in the movie and to show her with such spunk. I didn't want her to be bitter because she hadn't seen her husband for nine months and I wanted her to be sort of touching, sort of emotional and real. I really want her to be the representative of the audience seeing the movie, so I wanted the audience to sort of see the film through Stella's eyes," George says. Not a specific fan of the genre, Melissa George says she didnt want to approach doing 30 Days simply as a horror film. "When this came along, I paused and thought, Well, it's horror, but then I thought, No, no, no, that's just the world saying that they love to pour movies into a genre, so why not look at it based on scripts? So this whole genre thing didn't bother me, because I knew it was Sam Raimi, Sony Pictures, big budget, Josh Hartnett, and a great graphic novel so it was a no brainer." 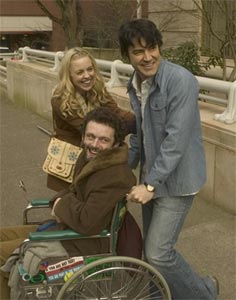 Melissa George also crops up in the true story of Richard Pimentel, a deaf Vietnam vet who ultimately uses his disability as a means to change Americas perceptions of the disabled. Melissa George plays his often unconventional girlfriend Christine, and sees the part as being more than just a tokern girlfriend role. " I also knew that Christine's a true character, and the woman responsible for Richard Pimentel's sort of success in a way. She was the driving force behind him and behind every good man is a good woman, and Christine was that woman. So I could have just been the girl sort of walking in the street and not saying much, but she had a great part. Also, it sort of gave the film some of the humour. I saw her as being very free and loving just a libertine. It was just a lot of fun." Melissa George says that while the film is set predominantly in the 60s it has messages that resonate today. "We're going to have a lot of wounded men and women coming back from Iraq that are going to need our love and support, so hopefully this movie triggers a little bit more respect, and when people see somebody that's not like them, they will go out of their way to make their life easier and see people with disabilities in a different light."

Melissa George will also be seen on the small screen come January with a recurring role on HBOs In Treatment, opposite Gabriel Byrne. "I play a patient in therapy, Gabriel plays my therapist and we've already shot a whole season. I've been doing that this year, in between so I've been flying back every week to shoot HBO. She's a doctor, and is in therapy because she has sex addiction and relationship problems. But she's also very, very humorous and funny." This is definitely not a character she could relate to on a personal level. "No, of course not, because I'm a good girl," Melissa George says laughingly. "But she's really in therapy for a year because she finds it hard to deal within a non-sexual place and her therapist is trying to help her with it"

If thats not enough, Melissa George is about to shoot an action film for director Jan De Bont, starring opposite John Cusack. "I play the young lover of John Cusack who takes me on a European vacation to Berlin after two years of being together. We're there for holiday and he decides to bring his 16 year old daughter with us whom I never even knew about. She gets kidnapped and we go on a high speed chase to try and find her in real time, so it's gonna be a real time high speed chase."

Melissa George also hopes to return to Australia in the near future. "There are two projects that I'm waiting one. One's called Red Dog, and another one's called The Fourth Knot." No wonder Melissa George sees this as ther happiest time of her life. "This is definitely the happiest point in my life."

Based on the graphic novel by Steve Niles and Ben Templesmith, 30 DAYS OF NIGHT works overtime to pump fresh life into the vampire genre. Director David Slade (HARD CANDY) has created a series of pulse-pounding sequences, ripe with carnage, employing few tricks to keep his vision from getting lost in the seemingly tireless undertow of "undead" films. Located in the northernmost part of Alaska, the town of Barrow experiences a complete lack of sunshine for an entire month once a year. The town is populated with tough, hardworking, and generally law-abiding citizens, so there hasnt been much for Sheriff Eben Olesen (Josh Hartnett) to do except brood over his separation from his fire marshall wife, Stella (Melissa George). As darkness descends for its annual 30-day day, though, a series of bizarre discoveries rocks the town--and very soon vampiric Marlow (Danny Huston) and his minions arrive, slaughtering and sucking on everyone they can catch, safe in the knowledge that they have much longer than usual until sunup. Eben, his little brother Jake (Mark Rendall), Stella, and a handful of others are forced to hide and fight for their lives until the sun returns.

Clearly inspired by the sprinting zombies of Danny Boyles 28 DAYS LATER and Zach Snyders DAWN OF THE DEAD, Slade makes these vampires lightning-fast creatures of destruction. With ratlike makeup design indebted to NOSFERATU, they are effectively spooky. This is as much an action film as a horrific one. The lead-in time until the tales initial fireworks is brief, and the pace thereafter is relentless. The script, co-written by Niles, is tense and avoids tension-killing humor that ruins so many contemporary studio horror efforts. 30 DAYS OF NIGHT never plays it safe; primary characters bite the dust, children fall into harms way, and a lot of pretty white scenery turns red before our eyes.

Based on a true story, MUSIC WITHIN depicts how one man helped change policies and attitudes toward people with disabilities. Richard Pimentel (Ron Livingston) grew up with an emotionally unstable mother (Rebecca De Mornay) and lost his father in a freak accident, so he turns to public speaking in school to find direction in life and seek the approval and praise he needs. After receiving insightful advice from a public speaking mentor (Hector Elizondo), Richard enlists in the army and serves in Vietnam. He returns with impaired hearing and finds it difficult to get a job. Through friendships with Art (Michael Sheen), who has cerebral palsy, and fellow Vietnam vets with various ailments, Richard finds his calling as an employment placement advocate for those with disabilities. Catching the attention of the state governor, his innovative work leads to a breakthrough opportunity: to write the training program for employers and government agencies to improve conditions, hire, and retain employees with disabilities. His efforts ultimately result in the creation of the congressionally approved Americans with Disabilities Act.

MUSIC WITHIN impeccably fulfills its mission to inform as it entertains, as it seriously explores this sensitive subject but never loses its sense of humor when dealing with the issues. Livingston (OFFICE SPACE) is perfectly cast as Richard; his earnest Everyman style inspires, and his deadpan comic timing adds warmth to a story that showcases how cold people can be. Sheen (THE QUEEN) is a marvel as the brilliant and witty wheelchair-bound Art. Their chemistry is spellbinding and their characters' unique relationship is the heartbeat of this endearing film.