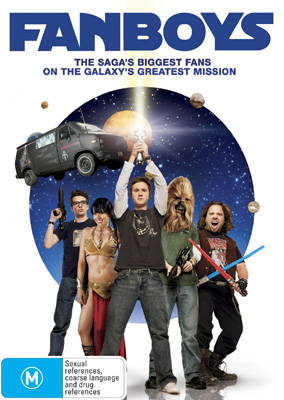 Its 1998 and Star Wars fan boys across the globe eagerly await the release of Episode 1: The Phantom Menace. But for Eric, Linus, Hutch and Windows the term "Fanboy" is just more than a title, its a badge of honour.

Travelling west across the country to visit their Mecca - George Lucas Skywalker Ranch - the plan is to break in, steal the film and stake the claim as the first Fanboys in history to watch it.

But to secure their place in the Fanboys hall of fame, they'll have to contend with bizzare bikers, a crazy pimp, a deranged group of Trekkies, and the quiet intensity of William Shatner.

"Fanboys rises above routine Hollywood fare because it never makes fun of the people it represents."