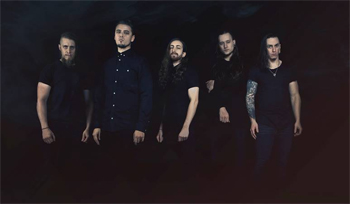 Melding brutality and brains into an unstoppable sonic force, San Francisco's Fallujah (Nuclear Blast Entertainment) will be making their highly anticipated live debut on Australian shores with Killswitch Engage and now they have announced a headline show on Monday March 6th at The Workers Club Melbourne. Dreamless, Fallujah's latest full length, represents a band at the peak of their songwriting ability breathing new life into the metal world. Dreamless represents a band at the peak of their songwriting ability. According to Hoffman, songs like -The Void Alone', -Face Of Death', and -Lacuna' feature less musical arithmetic and more groove, a trait that's underscored throughout Dreamless. Instead of the rapidity and claustrophobic atmosphere of The Flesh Prevails, Fallujah's new music is clearer, stronger, yet still rife with emotion and ambiance.

Prepare for relentless energy, effortless defiance, crushing riffs and a live show that will leave you wanting more.