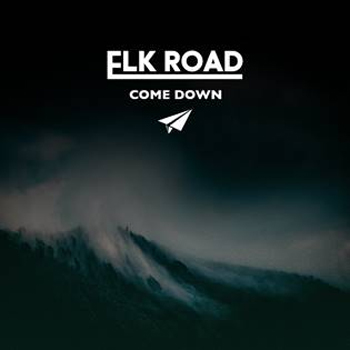 On the single Elk Road remarks "'Come Down' is a completely singular expression. I was so inspired to get this track done when I made it that I did the vocals myself as I didn't have a feature artist on hand. I needed to get it out of my head and into the world ASAP. I'm very proud to have created every element of this tune including the art and mix myself. I hope you enjoy."

The track follows on from -Hanging By A Thread' (featuring Nat Foster of Tully on Tully) which featured in Triple J's Hottest 100 of 2016 and has been streamed over 1.5 million times. Elk Road made his Triple J Like A Version in 2016 performing his original -Hanging By A Thread' as well as covering Flight Facilities' -Crave You' with vocalist Lisa Mitchell, weaving in elements of fellow Perth act Tame Impala's -The Less I Know The Better' to an incredible reaction. The performance has been viewed over 1.5 million times on Triple J's Facebook and Youtube, with over 28K reactions and 6K shares on the former. Watch -Crave You' featuring Lisa Mitchell on Triple J's Like A Version HERE.

Elk Road has played on stages all around Australia including Splendour In The Grass and Curveball at Carriage Works as a part of Vivid Festival, where Elk Road featured on the line-up alongside the infamous Zhu and a huge amount of brilliant Australian talent including Basenji, Cosmo's Midnight, JOY., Nicole Millar and Yuma X.

Upcoming shows include opening for ARIA award-winning electronic outfit Hermitude at the Australian Open of Surfing on March 4. Elk Road will also be hitting the road in February 2017 on Porter Robinson and Madeon's Shelter Tour with fellow support act Lido.

Supported by Lido and Elk Road