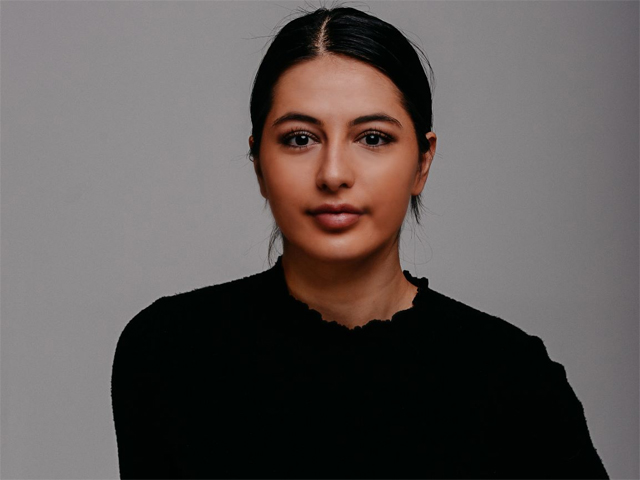 She is a little tired and doesn't want to work hard anymore, so she hopes an ALF footballer will be the answer to the hard grind. Her plan is taking longer than expected. So here she is at this year's Melbourne International Comedy Festival with her show Orange Juice, Wednesday 25 March until Saturday 4 April 2020 at The Moat, 176 Lt Lonsdale St, Melbourne.

But she hasn't given up hope, she hopes their fame will help her secure a gig on Triple J, and with her own growing fame, then branch out into a fashion line and then a reality show and starting her own multivitamin line.

She may be kidding … yes, it is ok to aspire to be a WAG, maybe just don't say it out loud.

An aspiring comedian from a young age, she used to catch glimpse of The Dave Chappelle Show (she was too young to stay up to watch it) on the telly. Stand-up became a reality when she started with improv classes. This is now her third Melbourne Comedy Festival Show.

She is the new breed of young women comics. There is not a lot of her stand-up that she sees in other comics.

Charisa Bossinakis decided to settle for comedy over competitive sports. In her short career, Bossinakis has performed at numerous comedy clubs around Melbourne and debuted her sell-out show Boss at Melbourne Fringe Festival in 2017, which earned her a place on Melbourne Critique's 'Top Ten Picks' for the festival that year.

In 2018, she completed her first run at the Melbourne International Comedy and was handpicked by the festival's artistic director to be part of the of Sydney Comedy Festival's 'Fresh' line up of upcoming comics for 2018, past alumni including Ronnie Chieng and Matt Okine.

Question: Can you tell us about your show, Orange Juice?

Charisa Bossinakis: It's a silly show that celebrates former fat kids and getting revenge on a childhood bully. I talk a little about my colourful upbringing and my aspirations to not work hard anymore (I'm tired) and become a WAG. Honestly, comedy is a fall back for me; I'm just waiting for the day a footballer invites me to the Brownlow and I then I can finally start up my soy candle business


Question: What inspired the creation of Orange Juice?

Charisa Bossinakis: I'm mostly inspired by conversations I have with friends. This show I've pulled a lot from my family too, every family event ever really. Family functions are an escape room.

Charisa Bossinakis: Silly jokes I wrote at those family gatherings where Aunt Linda asks me for a third time, 'so what are you studying?' Linda, the jig is up, you don't care and neither do I. Let's stop pretending.


Question: How are you preparing ahead of the Melbourne International Comedy Festival show?

Charisa Bossinakis: I'm listening to a lot of Lose Yourself by Eminem to get in the right headspace.


Question: What motivates you most when writing comedy?


Question: Who or what inspired your passion for comedy?

Charisa Bossinakis: I was very mediocre at sport in high school, which devastated me. However, at the time, I also got really into SNL. Every week I would watch Kristen Wiig, Maya Rudolph, Tina Fey, Rachel Dratch and I thought 'These women are cool and I bet they're not the best at netball either.'


Question: If you could collaborate with another comedian, who would it be?

Charisa Bossinakis: Daniel Sloss. I would love to do our version of Steve Coogan's and Rob Brydon's 'The Trip.' We would travel to the East Coast and eat really good food.


Question: What is the biggest challenge you have faced along the way to your comedy success?

Charisa Bossinakis: Performing at a burlesque show. Who came up with the idea that comedy and burlesque are a great marriage? Who wants to be aroused and laughing at the same time? I was onstage trying to perform my set and all of a sudden two sisters who started performing a striptease booted me off stage. No one can compete with that.

Charisa Bossinakis: It depends, when I'm not writing or doing gigs, I'll either be working my other job. I try to walk my son (German Shepherd) and sneak in an episode or two of Arrested Development.

Charisa Bossinakis: Syndey Comedy Festival baby! I'm performing at the Enmore Theatre on the 9th and 10th of May