Winona Ryder (born Winona Laura Horowitz; October 29, 1971) is an American actress. One of the most successful actresses of the 1990s, she made her film debut in Lucas (1986). As Lydia Deetz, a goth teenager in Tim Burton's Beetlejuice (1988), she garnered critical acclaim and widespread recognition. After appearances in film and on television, Ryder continued her acting career with the cult film Heathers (1988), a controversial satire that has since become a landmark teen film. She later appeared in the coming of age drama Mermaids (1990), earning a Golden Globe Award nomination, and in the same year appeared alongside Johnny Depp in Burton's dark fairy-tale Edward Scissorhands (1990), and shortly thereafter opposite Gary Oldman in Francis Ford Coppola's gothic horror romance Bram Stoker's Dracula (1992).

Having played diverse roles in many well-received films in the mid to late 1980s and early 1990s, Ryder won a Golden Globe Award for Best Supporting Actress and an Academy Award nomination for her portrayal of socialite May Welland in Martin Scorsese's The Age of Innocence (1993), as well as another Oscar nomination for Best Actress for her role as Jo March in the film adaptation of Little Women the following year. Throughout the decade, she appeared in the Generation X hit Reality Bites (1994), How to Make an American Quilt (1995), Alien Resurrection (1997), and Girl, Interrupted (1999), which she also executive-produced. In 2000, Ryder received a star on the Hollywood Walk of Fame, honoring her legacy in the film industry.

Ryder's personal life has attracted significant media attention. Her relationship with Johnny Depp in the early 1990s and a 2001 arrest for shoplifting were both constant subjects of tabloid journalism. She has been open about her personal struggles with anxiety and depression. In 2002, Ryder appeared in the box office hit Mr. Deeds alongside Adam Sandler. In 2009, she returned to the screen after a brief hiatus following her shoplifting arrest, appearing in high-profile films such as Star Trek. In 2010, she was nominated for two Screen Actors Guild Awards: as the lead actress in When Love Is Not Enough: The Lois Wilson Story and as part of the cast of Black Swan. She also reunited with Burton for Frankenweenie (2012). Ryder currently stars as Joyce Byers in the Netflix series Stranger Things, for which she has received Golden Globe and Screen Actors Guild nominations.

Having been friends since college, confirmed bachelor Ronny and happily married Nick have been through the best...

Be warned, you are going to need boxes of tissues for this one! It's 'The way we were' Millennium style, but... 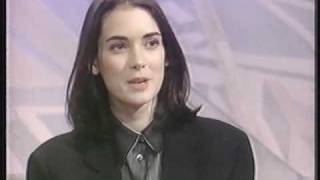 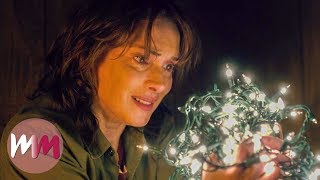 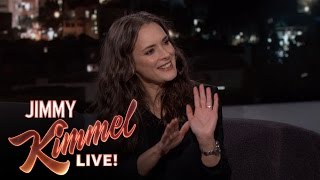