Alan Sidney Patrick Rickman (21 February 1946 – 14 January 2016) was an English actor and director known for playing a variety of roles on stage, television and film. Rickman trained at the Royal Academy of Dramatic Art in London and became a member of the Royal Shakespeare Company, performing in numerous theatre productions of both classical and modern. On stage, Rickman is most known for his role as Le Victomte de Valmont in the 1985 production of Les Liaisons Dangereuses, for which he was nominated for both a Tony Award for Best Actor in a Play and a Drama Desk Award for Outstanding Actor in a Play. Rickman was also nominated for a second Tony Award in 2002 for playing the role of Elyot Chase in Noel Coward's Private Lives. In 1996, Rickman gained critical recognition for his portrayal of the dark monk Grigori Rasputin in the television film Rasputin: Dark Servant of Destiny winning him a Golden Globe Award, a Primetime Emmy Award, a SAG Award and a Satellite Award all for best actor in a miniseries or television film. Rickman's most notable roles are through his film work. One of his most famous performances is as the Sheriff of Nottingham in the 1991 film Robin Hood: Prince of Thieves, which earned him a BAFTA Award for Best Actor in a Supporting Role. However, Rickman's most popular role is as the mysterious Professor Severus Snape in the Harry Potter film franchise.

Rickman's first film role was as the German terrorist leader Hans Gruber in Die Hard (1988). Rickman's other film roles include Jamie in Truly, Madly, Deeply (1991), P.L. O'Hara in An Awfully Big Adventure (1995), Colonel Brandon in Sense and Sensibility (1995), The Metatron in Dogma and Alexander Dane/Dr. Lazarus in Galaxy Quest (1999), Harry in Love Actually (2003), Dr. Alfred Blalock in the Emmy-winning Something the Lord Made (2004), Marvin the Paranoid Android in The Hitchhiker's Guide to the Galaxy (2005), Judge Turpin in the film adaptation of Stephen Sondheim's musical of Sweeney Todd: The Demon Barber of Fleet Street (2007), Absolem, the Caterpillar in Alice in Wonderland (2010) and Ronald Reagan in The Butler (2013).

Rickman died of pancreatic cancer on 14 January 2016 at age 69. His final film roles are as Lieutenant General Frank Benson in the political thriller Eye in the Sky (2015), and the Alice in Wonderland sequel Alice Through the Looking Glass (2016), both of which were dedicated to his memory. Alan Rickman has played his share of baddies over the years, but none can quite compare to his sycophantic and... Alan Rickman is a British actor who can segue effortlessly as Professor Skape in the Harry Potter franchise, to...

Helen Mirren Eye in the Sky 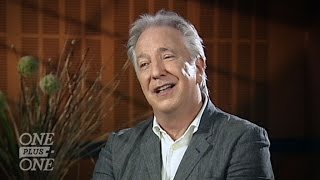 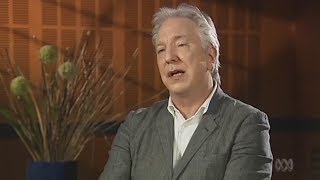 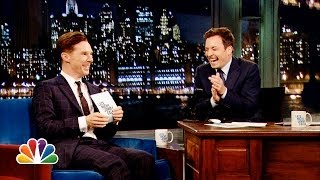 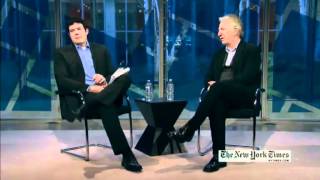 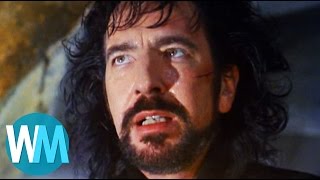 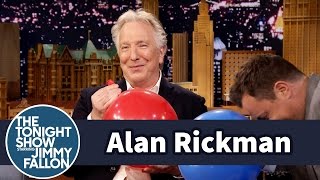