Bonnie Wright Harry Potter and the Half Blood Prince Interview 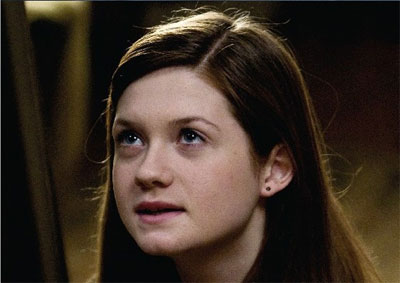 BONNIE WRIGHT GROWS UP ON 'POTTER'.

Throughout the Harry Potter franchise, audiences have watched the series' trio of young stars blossom and grow in front of our eyes. But there is a fourth member of the group, actress Bonnie Wright, who has kept in the background, but in the latest Harry Potter adventure takes on a significant plot development. As Ginny Weasley in the franchise, the character shares an intimate on screen moment with boy wizard Harry as the pair face their feelings for each in Half Blood Prince. In this exclusive interview with Paul Fischer the pretty, 18-year old reflects on the franchise that changed her life.

QUESTION: You've been part of this franchise from the outset. How challenging is it for you to work on these movies, from one to the next? I mean, what do you look for a little bit different with each one?

BONNIE WRIGHT: I think we've all sort of grown older which each film, so I think we kind of wanted to personally challenge ourselves, and sort of put more into - I know it sounds weird - but sort of act more as well as get hold of these characters. And lucky for me, the character has grown as I've grown older. So, I think when we all - well, personally, me, when I started out - I'd never done any acting before. So, I definitely learned a lot, in a sense of just the industry as itself. And in each film, there's always new characters, and there's always a new atmosphere on set. And then people always kind of say, "Do they get boring and repetitive?" And to me, they really don't.


QUESTION: Is it partly because, with the exception of these last few films, which are all under the direction of the one filmmaker, that you've been able to work with different directors, who all have different sensibilities?

BONNIE WRIGHT: Yeah, definitely. I think from working with different directors, they've definitely given each film a different attitude, and a different way of working. I think each director sort of had his method. And you can tell that on the set, as well, when something - you know, some like to do other things many more times, and others from hundreds of different angles. But - I mean, I think working with David Yates, although we've been working with him - you know, he's doing these last three books-I think he's got such a sort of - he works himself so hard, that he definitely wants to make each film almost like working with a new director. You know, he reads the books so intensely, and has such a strong vision of each book, he wants to make it really new for us, in a sense. 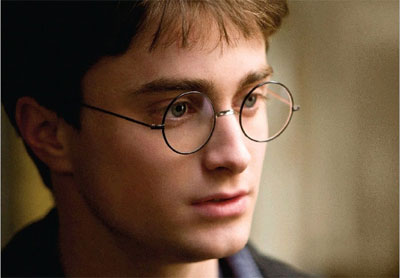 QUESTION: Do you remember the first time you had to audition?

BONNIE WRIGHT: Do I remember? Yeah, I remember vividly.


QUESTION: How intimidating was that for you, and what kinds of expectations did you have when you got cast in this?

BONNIE WRIGHT: I'd never had any acting experience before, so it was quite a fast, intimidating experience. But I think because I was so young, there's that sense that you're quite fearless at that age. So you just almost sort of go for it, and work as hard as you can. But I think from having, also, the attitude that I kind of thought, "I'm never going to get this. I'm sure there's hundreds of young children who've been acting from the age of two, or something, in projects." So, I think I just sort of really went for it, and worked hard. And I think that really paid off, I assume.


QUESTION: Can you look back at the first couple of - at the Chris Columbus movies, and see - what do you see when you see those? I mean, is it like watching just an old home movie?

BONNIE WRIGHT: It's weird. I think they're kind of - I haven't seen them from beginning to end for quite a while. They sometimes pop up on TV, and you see all of us when we're so young, and all the guys, their voices are so high pitched and girly. So, it's weird. I think in, maybe, ten years, we'll all be able to look back at these movies and watch our childhood, almost. Our childhood's been seen on screen, the way we've grown up. But they're different. I think, because we're all children, and the story lines were a bit more innocent and not so dark - it was very much a children's film. And I think you can really see it with this movie, The Half-Blood Prince, that these movies are definitely for children, but they're not children's films. They've got so many darker messages in them, and all the characters are becoming very much individuals. They're not just for children any more.


QUESTION: How has Ginny Weasley developed, in your mind?

BONNIE WRIGHT: I mean, she started - when we first got introduced to her as a character, she was this shy young girl who was just playing - the younger sister of Ron, within a very warm Weasley family, which was very much a refuge for Harry, what'd had such a sort of awful childhood. So, she begins, through The Chamber of Secrets, which is the beginning of her change, really - she's taken over by Voldemort in the second film, and is saved by Harry and she begins to sort of understand the threat. 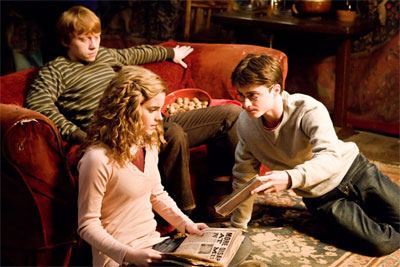 QUESTION: What do you think are her biggest challenges in Half-Blood Prince?

BONNIE WRIGHT: I think in the last film, you began to see her becoming much more confident and ongoing, and a bit braver. But I think in the sixth film, you really see, she's actually much calmer in this film. Or, her sort of beginning relationship with Harry is very subtle. And she very much becomes - she doesn't really care about what other people think, and she doesn't care that Harry's necessarily this Chosen One figure. She just is Ginny, and that's why Harry gets drawn towards her. So, I think she's a very calm, and smart, and quite intuitive sort of character.


QUESTION: Talk about the relationship amongst the kids. Amongst the four of you - you're not really kids any more. Has that changed? Is it pretty much the same as it was from the outset?

BONNIE WRIGHT: Definitely, I think it's changed. I think - again, we were all very much children when we joined these films. I think at that age, you kind of - there are more similarities between children that age. You're kind of all at school, you don't know really what you really want to do when you grow up, and it's all a moment of finding itself. And then I think now, more, everyone's very much an individual. Not in the sense that we're not as close friends as we ever were. I think even more so. But everyone sort of has different ways of being seen, and they all have different sort of ambitions, and they all have different interests. So I think it's been interesting for me to sort of - grow older with people, and be interested in what they have to do, or what they want to do. Like everyone now, with the end coming near. Everyone has different ideas of what they now want to go on to do.

BONNIE WRIGHT: Yeah. They started in February, but I don't start for another two weeks.


QUESTION: Is it bittersweet?

BONNIE WRIGHT: I think - I mean, it's strange. I think everything - it's definitely challenging. I think when we're filming, it's very intense, and it's been obviously - having to sort of - I mean, I've finished school now. But always having to balance education and filming has been hard. But I think all of us have such a strong network of people, it's definitely been a very smooth ride, in comparison to, I think, some child actors. I think.

QUESTION: What do you hope to do after this is done?

BONNIE WRIGHT: Well, we finish in April of next year, and I actually start - whilst we start filming, I'm starting film school in London. So, I'm going to be in university. Still not leaving education yet.


QUESTION: So, you want to be a filmmaker?

BONNIE WRIGHT: Yeah. I still want to continue acting, definitely. It's something I actually love. But I just really would love to learn much more about cinematography and directing and writing.


QUESTION: I mean, you couldn't have asked for a better film school than the whole Harry Potter experience.

BONNIE WRIGHT: Yeah. I think it's taught me so much. I think before I started these films, acting was never something that was like, "Oh, that's what I want to be. I want to be an actress." So, from being in these movies, it's been amazing for me to find something that really makes me tick.


QUESTION: What do you think is going to be the mood on the set of the final shot, in the final film?

BONNIE WRIGHT: Oh, I know. I was saying to David Yates, even just what was filming on the last day? I think concludes this movie. I think the last - part two of the seventh film is going to be incredibly dramatic, and so many things get sort of destroyed and answered, and - you know, there's a massive battle between Voldemort and Harry, and the battle at Hogwarts. So, no, I think it's the same, that feeling when Joe wrote the last book, and fans sort of almost didn't want to come to an end of this book. They're sort of cherishing each last page. And I think that's going to be the same with this film. I think people won't want to see those credits roll up at the end.


QUESTION: And what about you?

BONNIE WRIGHT: Yeah. I think - again, same for me. I try not to think too much about the end just yet. I kind of want to sort of really enjoy what we have left, and cherish all the experiences that are still to come for me. But it's going to be weird. I think it's going to be very sad for us all to sort of finish. But - I mean, exciting as well, because we'll all go on to do new projects, hopefully, and watch each other and support each other into what we're going to do.

Harry Potter and the Half Blood Prince

Voldemort is tightening his grip on both the Muggle and wizarding worlds and Hogwarts is no longer the safe haven it once was. Harry suspects that dangers may even lie within the castle, but Dumbledore is more intent upon preparing him for the final battle that he knows is fast approaching. Meanwhile, the students are under attack from a very different adversary as teenage hormones rage across the ramparts. Love is in the air, but tragedy lies ahead and Hogwarts may never be the same again.