Aussie Women Are Their Own Worst Enemies 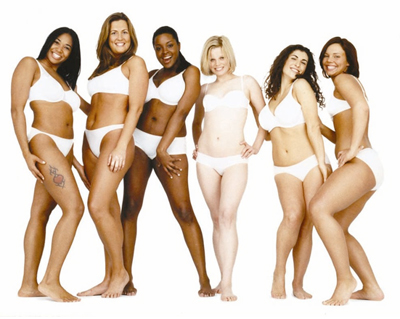 Aussie Women Are Their Own Worst Enemies

Dove reveals the naked truth behind women's attitudes to their beauty.
Research released by Dove revealed over 85% of Australian women agree they are their own worst beauty critic, citing hatred and dislike for everything from their stomach and hips to the tips of their toes. Alarmingly, the research also discovered that 40% of Aussie women would be prepared to go to the extreme measures of cosmetic surgery to feel better about themselves.

While the majority of women believe the pressure to be beautiful is everywhere (88%) half of all Australian women (50%) admit that the biggest influence is the pressure they put on themselves to look beautiful.

Dove, the beauty brand famous for sparking debate about society's definition and women's attitudes towards beauty, commissioned the survey to find out how attitudes had shifted since its last survey in 2006, that found only 1% of Australian women described themselves as beautiful.

Keen to see if its work to boost young people's self esteem had paid off, the research discovered that Aussie women do have a fair understanding of beauty (81% believe that beauty is more about who they are than what they look like) but also uncovered the presence of an inner beauty critic that threatens to hold them back.

The bathroom is where women's inner beauty critic is most at home, with Aussie women spending on average of 11.7 mins daily looking at themselves in the mirror, and more than two in five women critiquing themselves when on the scales. More than half of Australian women will feel they are not as beautiful as they would like to be when they see themselves naked in the mirror.

The inner beauty critic doesn't just surface at home but throughout the day. 52% of women feel insecure at the beach when their body is visible to others, or when they are in a room full of beautiful people (45%).

In an effort to change the way they look, almost 40% of women would have cosmetic surgery if money were not an issue. Amongst those who want to have surgery to enhance their look, 83% claim they would only do so to feel better about themselves. More than one in three women (36%) would surgically alter their stomach, and close to a quarter of women (24%) would use surgery to alter their breasts.

Dove Marketing Director, Sharon Parker, comments on the findings of this new study: "Alarmingly our research shows that while Australian women might be intellectually aware that beauty comes in all shapes and sizes, the reality is that most women have an inner critic, suggesting our society is still to some extent pursuing a fixed ideal when it comes to the way we look and the achievement of what we think is beauty.
"Continuing to drive re-appraisal of beauty and to help women be more beautiful everyday with products that really deliver is a fundamental part of the Dove brand, not just through our product offering but also our commitment to help all women achieve their personal best when it comes to beauty."

Christine Morgan, CEO, The Butterfly Foundation also shared her comments:
"These are concerning statistics which support an increasing body of evidence about the serious impact of negative body image in Australia. While the statistics are not surprising to Butterfly, we are saddened that so many women have such a severe inner critic when it comes to how they look - and value - themselves. It is another reminder of the importance of positive self-esteem and positive body image when valuing ourselves. Campaigns that raise awareness of the importance of positive body image - such as the Dove BodyThink program - are crucial in the fight to turn this situation around nationally".

To coincide with the release of this research, Dove's suite of viral videos have been expanded to include a new clip, demonstrating the speed in which women will cite their dislikes, and the prolonged period of time it takes for them to name a body part they like. To view the video visit www.youtube.com/dove