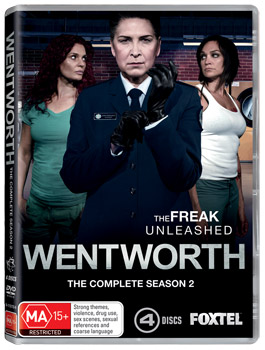 Series 2 of Wentworth picks up three months after Bea Smith killed Jacs Holt. During this time she has been languishing in the slot addicted to sedatives, and Franky Doyle has risen to the top unopposed, ruling the prison with her smarts and loyal crew. But the sudden arrival of new governor, Joan Ferguson, is about to change all that.

Now that her daughter is gone, Bea has nothing left to lose, and is focused on revenge. As the governor recognises Bea's ability to be top dog, one that she can control, she manipulates her into a struggle for power against Franky.