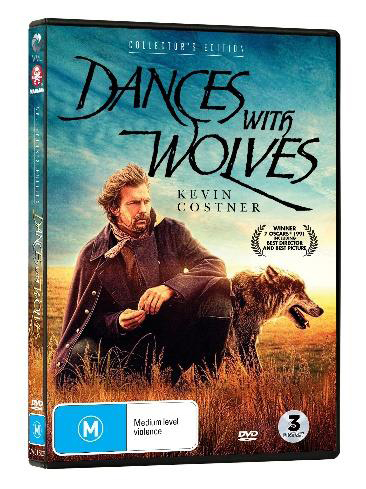 Winner of 7 Academy ® Awards, Kevin Costner's epic directorial debut tells the story of a curious lieutenant in the Union Army who runs away from a field hospital and rides his horse in a suicidal mission at the Confederate lines. Miraculously surviving, he is taken-in by the Sioux Indian's who teach him their culture allowing him to find an unlikely purpose and ultimately, a home.

Available from JB Hi-Fi, Sanity and all good retailers.