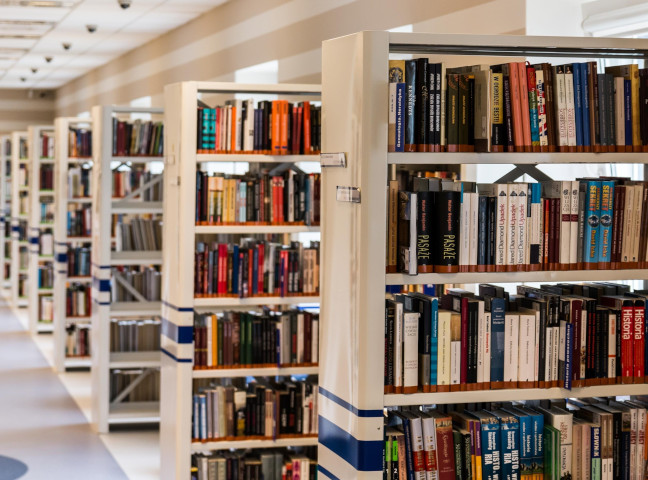 A study has found that the best university for creative students can be found in the UK's capital. University College London can officially call itself the Crème de la crème of creative universities, thanks to the high ranking on the Complete University Guide, the number of registered creative businesses in the area and an average annual salary of £35,496.

This is unsurprising when we look at some of the visionary creatives the university has taught. Notable alumni include:

• Christopher Nolan - the triple Oscar-nominated writer and director. Films include The Dark Knight trilogy, Inception, and Interstellar to name a few.
• Anthony Gormley - the artist famous for sculpting the Angel of the North.
• Raymond Briggs - author and illustrator best known for The Snowman.

Data for the study was collated by template provider and creative resource Design Bundles. This measured university rankings against data from the Office for National Statistics, and Companies House to produce an index score. This ranked the best universities overall for creative students.

As demonstrated by the table, there are a wealth of high-ranking universities that creative students can choose to attend. Undergraduate students have a breadth of choice, as exceptional creative learning can be found across England and Scotland.

Commenting on the study, a spokesperson for Design Bundles said: "A-Level results are at an all-time high so it is an exciting time for students heading to University. For creative students, it's essential to be surrounded by a creative environment which any of these top ten universities appear to provide."

While University College London topped the list as the best university for creative students, other UK universities also performed well and offer a great space for creatives. Let's take a look at them.

University of Glasgow
The University of Glasgow takes second place overall with a large choice of job opportunities in the creative field. However, the low annual average salary compared to other locations means that the university was pipped to the post by UCL.

The historical institution has been home to world-altering inventors such as; James Watt and John Logie Baird. Other members include:

• Gerard Butler - Actor most known for his lead roles in 300 as King Leonidas and Clyde Shelton in Law Abiding Citizen among others.
• Peter Mullan - Acclaimed actor from films such as; Braveheart, Trainspotting, and the Harry Potter Franchise.
• Emeli Sandé - Multiple Brit and MOBO award, winning singer-songwriter.

University of Oxford
Oxford - a world leader in higher education unsurprisingly takes first place on the CUG ranking. However, despite this, there are fewer opportunities for creatives (in terms of number of businesses in the area) than other university locations which brings the score to third overall. That said, the location did score an average salary of £27,012 per annum - one of the highest wages outside of London.

The university has produced a seemingly endless supply of famous former students, including:

• J. R. R. Tolkien - author of The Hobbit and The Lord of the Rings
• Lewis Carroll - author of Alice's Adventures in Wonderland
• T. S. Eliot - winner of the Nobel Prize in Literature

The educational institution has a number of notable former creative students. Including:

• Chris Pine - actor best known for roles such as James T. Kirk and Jack Ryan.
• Mark Knopfler - Lead Guitarist and singer for Dire Straits
• Mark Gatiss - author, actor, comedian, screenwriter, director, and producer. Known for his works in The League of Gentlement, Dr Who and Dracula.

Other notable entries
The University of Edinburgh and Herriot-Watt University continue a trend of opportunity for creatives in Scotland. However, the study found that the average salaries for these areas tended to be at the lower end of the scale.

As to be expected of the nation's capital city, London has the most amount of universities in the top 10. Three of London's universities including; University College London (1), Kingston University (9), and Goldsmiths University of London (10), are recognised in the table. This coupled with UCL taking first place overall means a resounding success in London.

Not yet mentioned is Newcastle University at seventh place overall. The establishment takes an impressive third place when measured by the CUG. There are a high number of opportunities in the area but unfortunately, it also has the lowest annual salary of any area in the top ten. Bringing the overall score down.

Former students of note include:
• Rowan Atkinson - The writer, actor, and comedian is best known for his work as Mr Bean.
• Bryan Ferry - trend-setting singer-songwriter
• Princess Eugenie - 11th in line to the throne

Summary
Higher education in the United Kingdom continues to be a world leader in many subject areas. This includes some of the top universities in the world like Oxford. Creative-based institutions are thriving especially in London City. Areas of Scotland have many jobs opportunities for creative students leaving higher education. However, this comes with a lower average annual salary.