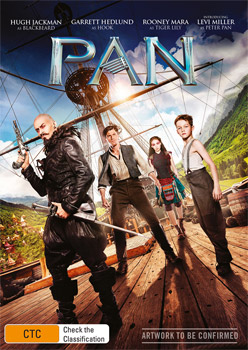 Peter is a mischievous 12-year-old boy with an irrepressible rebellious streak. One incredible night, Peter is whisked away from his miserable orphanage in London to a fantastical world of pirates, warriors and fairies.

In this world, known as Neverland, Peter finds amazing adventures and fights life-or-death battles while trying to uncover the secret of his mother. Teamed with the warrior Tiger Lily and a new friend James Hook, Peter must defeat the ruthless pirate Blackbeard to save Neverland and discover his true destiny"to become the hero who will forever be known as Peter Pan.