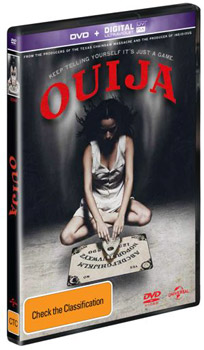 When beautiful and popular high school student Debbie (Shelley Hennig) mysteriously dies, her bereaved group of friends turn to her old Ouija board in a bid to uncover the truth behind her death. However what they encounter on the other side is far from friendly, as an evil spirit begins to take them out one-by-one in a sequence of surprising and violent fatalities. In a race against time, the friends must confront their fears and band together to break the connection with the dark powers of the ancient, awakened spirit board.

Blu-ray Special Features:
The Spirit Board: An Evolution
Adapting The Fear
Icon of the Unknown