Get On Up DVD 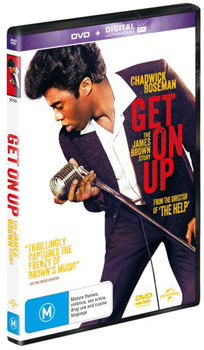 Get On Up DVD

In his highly-anticipated follow-up to the four-time Academy Award® nominated blockbuster The Help, Tate Taylor returns to direct the incredible James Brown biopic, Get On Up. Produced by Academy Award® winner Brian Grazer (A Beautiful Mind, 8 Mile) alongside Rolling Stones frontman Mick Jagger (Shine A Light), Get On Up is based on the incredible life story of the Godfather of Soul, taking audiences on a journey from his impoverished childhood to his evolution into one of the most influential figures of the 20th century.

When James Brown is given a chance in prison to demonstrate his musical prowess he makes an unlikely friend that will eventually help him get out of jail and into a career in music. With burning creativity and nothing to lose, Brown quickly becomes a superstar known for pushing the boundaries both musically and professionally in the face of racism and conservative thinking. 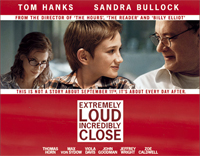 A 10 year-old boy, who has an incredibly close bond with his genius father, is devastated when his dad is killed... 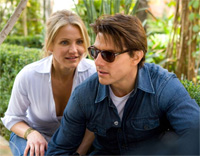 Chadwick Boseman Get on Up

Based on the incredible life story of the Godfather of Soul, the film will give a fearless look inside the...