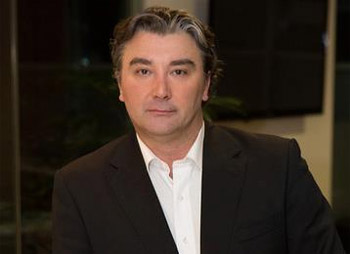 No matter how a person looks like in the eyes of their beholder, the person will usually succumb to their own imperfections. While they may seem minor to most, it is important to understand that many people struggle with their imperfections. Cosmetic surgery is a popular method for those people who suffer from their physical look and are seeking a solution to have it changed. Rhinoplasty (alternatively known as a nose job) is a popular treatment for those people who don't like their noses. And there are many people who don't like their noses for many reasons. We'll explore how this type of surgery has increased in popularity, how people are affected by it genetically and what they can expect after the surgery.

Rhinoplasty makes its mark in pop culture.
Since the hype of plastic surgery began, we continue to see its presence in popular culture. Celebrities use it to get their desired look for their own self-confidence and to project the ideal image of themselves to the world. Some famous examples include:

Whenever anybody mentions plastic surgery and nose jobs, Michael Jackson immediately comes to mind. Over the course of his lifetime, he underwent several treatments to reshape his nose. There have been several documentations discussing his transformation and his nose change from that of a large, broad African American nose to one that was narrower and European. His sisters Janet and Latoya Jackson had also undergone similar treatments to create more aesthetically pleasing features.

One of the most famous celebrity families on the planet, members of the family have undergone cosmetic treatment to enhance their physical looks. The most popular one from the family, Kim Kardashian has undergone several treatments. Her nose transformation has been one of her signature features as she uses her new face to sell her image on the cover of magazines.

Suffering from the genetics of your ethnicity

This point is a bit touchy, but the way your body is made comes down to the genetics from your mother and father. Essentially, your genetics play a big part into how you look. There are people who draw the winning card with their genetics and look fabulous. There are others who aren't so blessed. Additionally, the perception of beauty is shifting more towards a European look. So when it comes to the shape of your nose and facial features, it is unlikely that you will inherit those characteristics if your ethnicity has a trait for distinct noses. For example:

· The Jewish/Semitic Nose – Tends to have a very slight hump and is broader at the tip and the tip bends down. The stereotype is that Jewish people tend to have -hooked noses'.
· Indian noses – People whose lineage derives from South Asia (India, Pakistan, Bangladesh, etc.) tend to have larger noses and there are many cases where the nose isn't straight and the tip hangs down.
· Hispanic noses – Referring to those people who are from Latin American descent. The common trait of the Hispanic nose is the Dorsal hump.
· African noses – This refers to ethnicities that derive from African descent. African noses come in different shapes and sizes, but are stereotyped for being broad and wide with large nostrils.
· Asian noses – For those who descend from North and South East Asia, their noses tend to sit more shallow on their face with wide nostrils and little definition on the bridge.

What the surgery involves?

Undergoing rhinoplasty surgery involves reshaping the angles and contours of the nose to make it more visually appealing. The surgeon will place you under local anaesthetic and will make incisions to access the bone and cartilage that support the nose. Depending on the desired result, some of the bone or cartilage may be removed. A splint can be placed on the nose to help with the healing process.

The post surgery process may take about one to two weeks. Expect to feel puffiness, swelling and bruising around the operated area for the following days as the body undergoes the healing process.

The result should make your nose fit more proportionately to your face. The results may be minor or significant, depending on the extent of the modifications that you are seeking. If you desire a better nose, rhinoplasty may be the right option for you.