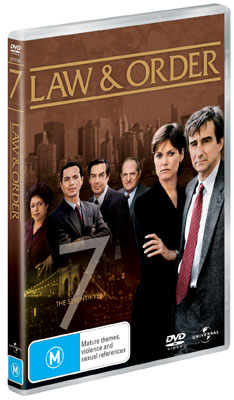 Witness TV's longest-running crime series in it's seventh season in Law and Order Season 7. All 23 groundbreaking episodes are available on this six-disc collector's set.

With episodes taken direct from the news pages, this hard-hitting series set the bar for legal dramas even today. This acclaimed and intelligent series continues to captivate with its provocative storylines and diverse characters.

Unidentified corpses, murder investigations, police corruption, witness protection and inter-agency conspiracies are all tackled in this benchmark season. Be taken inside the court room and police HQ and gain insight into the subtle politics that rule the world of both law and order.