Life Changing Experiences Foundation (LCEF) is thrilled to announce the SISTER2sister mentoring Program, headquartered in Sydney, will be expanding to Melbourne on November 9, 2015, based in Wyndham. Founded in 2003, the Foundation has an impressive track record of successfully transforming the lives of hundreds of disadvantaged girls through its life changing experiences.

LCEF is a non-for-profit organisation and its primary initiative the SISTER2sister Program aims to help Australia's most marginalised girls make positive life choices for a better future. Hosted over a twelve month period, where disadvantaged and abused female teenagers are each matched with a Big Sister role model, the program provides support and inspiration to break the cycle and allow them to see alternate life choices. Together, each pair go through life changing experiences monthly with the rest of the group to teach them that their past does not equal their future, and that they have the power to choose a successful path for themselves.

Wyndham is experiencing the largest and fastest growth of all Victorian local government areas and is the third fastest growing city in Australia. This population growth has seen an increase in reports of domestic violence, making it a worthy location for the SISTER2sister program to be based. According to the Western Integrated Family Violence Committee, there were 2,278 reports of domestic violence over 2013-2014, which is more than double the previous year's figures. This number also reflects the fact Wyndham's level of family violence far exceeds the state-wide average.

Founder of The Life Changing Experiences Foundation, Jessica Brown says, 'The opening of the Melbourne location is a fantastic opportunity to reach more young girls in need of someone to fight for them. The SISTER2sister Program uses the power of community to help break the cycle of distress, offering hope and supporting young girls in this country who have slipped through the cracks or been left behind." 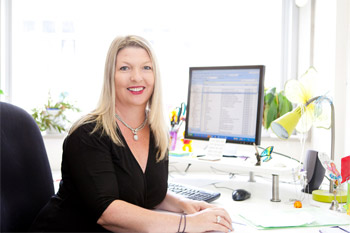 This expansion has particular significance to Program Coordinator Marnee May, having grown up in Melbourne's suburb of Werribee before moving to Sydney to work with LCEF. Since then, Marnee has paved her way as an emerging young leader being named a NSW Finalist in the 2014 Pride of Australia Medal Awards in the Inspirational Category. Marnee May says, 'Having spent most of my life in Melbourne I'm excited to be able to return and help implement the SISTER2sister program, especially in an area that this will make such a difference to."

The first year of the program will see 20-30 Little Sisters come from The Wyndham City Council area and its surrounding suburbs, and each girl can be referred to the program via a variety of youth services or personally nominated. The Big and Little sisters will participate in risk management workshops including self defence, cyber safety, and body image, as well as fun activities such as canoeing, surfing, and much more.

To register to become a Big Sister and learn more about how to be involved in the program visit http://lifechangingexperiences.org/our-programs/sister2sister/become-a-big-sister/

Question: Can you talk about what inspired the introduction of the Life Changing Experiences Foundation to Melbourne?

Jessica Brown: We wanted to be able to double the amount of girls we help each year and to address the amount of Big Sister applications we were receiving from Melbourne as well as regular enquiries asking when our program would reach Melbourne to assist vulnerable girls in need.


Question: What will this mean for the SISTER2sister program?

Jessica Brown: Wider exposure to help raise our profile in the Australian Community.


Question: And, how do you hope to approach Wyndham's level of family violence?

Jessica Brown: By providing vulnerable girls with stable positive role models and an intensive resilience building program to help them make positive choices for a better future. The purpose of SISTER2sister is to break the cycle of deeply entrenched inter-generational negative social issues such as abuse and neglect.


Question: How have you been able to expand the SISTER2sister program to Melbourne?

Jessica Brown: Jetstar sponsored us with free flights so that we could fly down and recruit our Melbourne team and also fly them up to shadow the Sydney team in 2015. They are ready to go on the ground in Melbourne in 2016.


Question: How can Little Sisters be nominated to be a part of the SISTER2sister program, in Melbourne?

Jessica Brown: Application forms are found on our website www.lifechangingexperiences.org. Girls are generally nominated by a case worker, school counsellor or guardian but anyone from the public can nominate.


Question: Can anyone in Melbourne apply to become a Big Sister?

Jessica Brown: So long as they are over 25 and a stable positive role model - interested women can fill out an application form which can be found on our website.


Question: What are the pre-requisites to becoming a Big Sister?

Jessica Brown: They should be able to commit to the dates of the program. We plan these a year in advance so that Big Sisters can block them out in the diary. Someone who is a good listener, non judgemental and is willing to work with-in the guidelines of the program.


Question: What is involved in the SISTER2sister program?

Jessica Brown: For women interested in becoming Big Sister mentors, most of the SISTER2sister events happen on Saturdays. It involves an initial Information Night followed by Selection Day and a three day mentor training course all before they meet their Little Sister mentees at a 4 day residential camp. This is followed by monthly outings for the year as well as monthly Big Sister training meetings on Tuesday nights.


Question: When will the SISTER2sister program begin in Melbourne?

Jessica Brown: Information Day kicks off in Melbourne on the 9th of February.


Question: What's next for the Life Changing Experiences Foundation?

Jessica Brown: Our focus in 2016 is to deliver the best service possible to our beneficiaries in both Sydney and Melbourne.