Jessica AlbaThe Killer Inside Me Interview 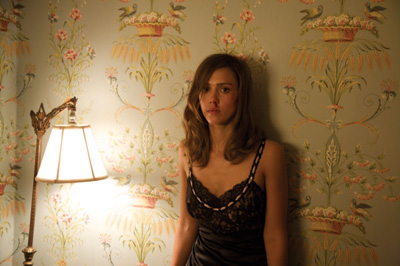 THE KILLER INSIDE ME

Synopsis: Based on the novel by legendary pulp writer Jim Thompson, Michael Winterbottom's THE KILLER INSIDE ME tells the story of handsome, charming, unassuming small town sheriff's deputy Lou Ford.

Lou has a bunch of problems. Woman problems. Law enforcement problems. An ever-growing pile of murder victims in his west Texas jurisdiction. And the fact he's a sadist, a psychopath, a killer. Suspicion begins to fall on Lou, and it's only a matter of time before he runs out of alibis. But in Thompson's savage, bleak, blacker than noir universe nothing is ever what it seems, and it turns out that the investigators pursuing him might have a secret of their own.

The Killer Inside Me
In Cinemas August 26
www.killerinsideme.com

Question: THE KILLER INSIDE ME - can you quickly sum up the story for people who don't know about the project?

Jessica Alba: It's not just a one-liner; it's not an action-comedy or a drama murder mystery. It's a really complicated tale of different people and how their paths cross. They're all kind of grounded in something dark. I think everyone has a darkness, and this movie is about digging into people, confronting their biggest fears and their darkness.


Question: Why was Joyce more interesting for you?

Jessica Alba: When they gave me the script, it was for Amy! But I liked the role of Joyce better. I thought it was more interesting for me. First of all, I guess it's always fun to play a bad girl. But it's not really that black and white, and I think that's what's so interesting about the movie - nobody is who they seem. I don't really think of Joyce as being a bad girl, I think of her as being sad. I loved the tragedy of the love story, the fact that she's the one who sort of ignites the passion and the essence of who he is, which is a killer. I thought that was just a really interesting, dark way to approach a love story.


Question: What do you think her background is? Why did she become a prostitute?

Jessica Alba: In the 50s there weren't a lot of choices for women, especially independent-thinking, strong women. Their options were to get married and live your life happily ever after, or not. You were taken care of by a man or you weren't and you were a shrew. I think this was probably her way out. I think she loves the sense of adventure. She likes not having to answer to anyone. It's such a freedom if you can pop from one town to the next and pretty much write your own ticket. People can say what they want about sexuality and what's right and what's wrong, but there are a lot of women to this day who use their sexuality in so many ways in order to be taken care of by men. I kind of admire that she didn't chose that route. 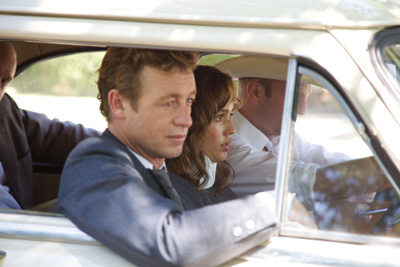 Question: This was your first time working with Michael Winterbottom. What was it like?

Jessica Alba: What's great is that he hates everything I hate. He hates line readings, he hates it when a scene feels stagnant or rehearsed or when you feel like you're "acting" or "doing a movie". It seems that actors always have to fight with directors or producers or writers to make a movie more real and more authentic, and he just has a great sense of what that is. He respects it and he knows how to identify nuances in character like nobody I have ever worked with. I think he also does it by using a lot of improvisation. He allows actors to play, and if their line doesn't feel right, kind of fudge it around until it does. He just has really great instincts and he trusts them. He's quite confident, and that helps too.


Question: What did you think of working with Casey Affleck?

Jessica Alba: I love to work with him and I love to watch him on screen. He draws you in. You're waiting to hear what he's going to say next. You want to know what he's thinking. I think he brings a mystery and intensity to every role he plays. According to Michael Winterbottom, part of the intensity is created if actors respond to the places in which they are performing. What responses did you get in the case of Oklahoma where the movie was shot? There's a down home vibe. You feel like people don't need to lock their front doors, everybody knows their neighbor. Everybody knows everyone else's business. It's a small town kind of feeling and I like it. People are super friendly, everyone looks you in the eye, says 'hello' and 'how was your day' and they care, they actually want to know.

(laughs) Being in that sort of environment certainly helped me to immerse myself in the part of a hooker who felt unrelated to this society at all. Annette Bening got an Oscar nomination for playing a slut in THE GRIFTERS, a role nobody expected of her. How important is it for you to overcome your fears and to make risky career choices? Gosh! since I had my daughter I've realized that life is too short and that I only need to tackle things that I'm afraid of or seem challenging and at the end of the day hopefully will make me better. I feel like this role embodies all of that. I don't break it down to what my character does for a living and I don't think that is what's interesting about the role at all. You can compare it to the performances of Annette Bening in THE GRIFTERS or Elisabeth Shue in LEAVING LAS VEGAS or even Marisa Tomei in THE WRESTLER: there was a lot of nudity, but it was their sadness and their darkness they brought to it... a humanity. People can relate to that. Everyone can relate to sadness and everyone can relate to wanting to be loved and the need and desire to be a part of something or somebody else and that depth is always I think what makes a good performance and certainly an interesting role to watch and play.


Question: Was this the case with THE KILLER INSIDE ME? Why is it such a strong project?

Jessica Alba: Most stories shy away from people's dark side and this really brings it out completely. Where people hide who they are, this film really exposes the darkest, deepest secrets. I don't know, I think that's cool; I don't think it's done enough. I think people like to wrap everything up in a pretty bow and pretend that we all live in gingerbread houses in candy land and that everything is just sweet and nice and pretty and fun. But I find that's just 10% of life. 90% is trying to get there, trying to get to happiness and talk yourself out of your head, out of what's in your head and your own psychosis.

The Killer Inside Me Interviews

BASED ON THE NOVEL
BY JIM THOMPSON

James Myers Thompson (1906 - 1977) was an American author and screenwriter, known for his pulp crime fiction.

Thompson wrote more than thirty novels, the majority of which were original paperback publications by pulp fiction houses, from the late-1940s through mid-1950s. Despite some positive critical notice, notably from Anthony Boucher in The New York Times, he was little-recognized in his lifetime.

Only after death did Thompson's literary stature grow, when in the late 1 980s, several novels were re-published in the black LIZARD series of re-discovered crime fiction.

Thompson's writing culminated in a few of his best-regarded works: THE KILLER inside ME, savage NIGHT, A HELL OF A woman and pop. 1280. In these works, Thompson turned the derided pulp genre into literature and art, featuring unreliable narrators, odd structure, and surrealism.

During his tenure in Hollywood, he collaborated with Stanley Kubrick on paths OF GLORY and THE KILLING. His novel THE GETAWAY was adapted into the 1972 Sam Peckinpah film of the same name, starring Steve McQueen andAli MacGraw. His works saw eight subsequent screen adaptations including the James Foley- directed AFTER DARK, MY sweet and multiple Oscar-nominee THE GRIFTERS.