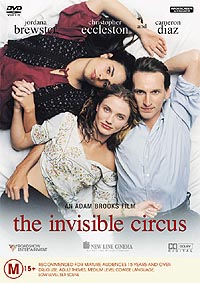 This compelling drama, based on Jennifer Egan's novel, begins in the infamous Summer of '69, when radical hippie Faith O'Connor (Cameron Diaz), and her English boyfriend Wolf (Christopher Eccleston) take off for Europe, feeling that they will change the world for the positive.


Faith diligently writes postcards to her younger sister Phoebe (Jordana Brewster). When they suddenly stop, the next Faith's family hears of her is that her body has been found at the bottom of a cliff outside a tiny Portuguese fishing village, the victim of an apparent suicide.


Seven years later, Phoebe, a haunted, introverted teenager, still doesn't believe her adventurous, life-loving sister would have taken her own life so, against the wishes of her protective mother (Blythe Danner), Phoebe decides to retrace Faith's journey across Europe, using the postcards she had received from Faith as her only clues to a growing mystery.


From a houseboat in Amsterdam to a flat in Paris, Phoebe follows Faith's footsteps right to the end. Along the way, she finds Wolf married and settled into a life of bourgeois complacency, one of the many twists in this chilling, engaging story.